Last Wednesday in a ceremony developed in the Civic Center Theatre Eloy Alfaro, at Guayaquil, and attended by representatives of 28 pro-government organizations, the Construyendo el Desarrollo y la Unidad Clasista Ecuatoriana movement (Conduce) initiated a process of collecting a million signatures to “demand” president Rafael Correa to again accept being a candidate for reelection in the 2017 elections.

Alberto Arias, national director of Conduce, said the aim of the gathering was to “show Correa the Ecuadorean feeling so he can lead the citizen’s revolution project four more years.”

Arias, who is also an Assemblyman for Alianza PAIS (AP), explained that the task will last five months, and then the headings will be delivered to Correa in a public ceremony.

“Publicly we are going to say to him in the ceremony: our president, you are no longer in charge, the people is in charge, you are a president and we have decided that you should lead for four more years,” he said. 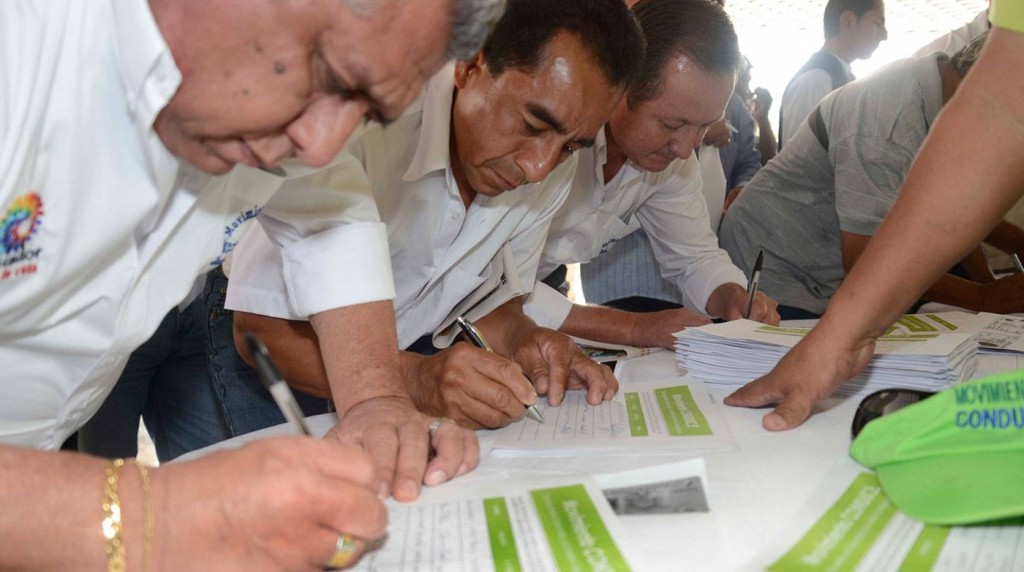 Conduce members are signing the petition.

UN base in Sudan suffers attack