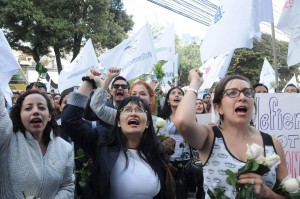 The Simon Bolivar Andean University is looking forward to the meeting to be held in the coming days by members of the Superior Council of the institution, headed by Ruben Velez, who “is the sole and legal authority,” said on the weekend the elected president, Cesar Montano.

Montano stated that the Council will meet to discuss the request of Chancellor Ricardo Patino to review the status of the academic authority.

He insisted he will not resign his position and that the University is Ecuadorian although its creation is given in the context of the Andean Integration System, therefore President Rafael Correa “is misinformed.”

Velez made these statements after Correa warned that, if his appointments is not ‘corrected,’ the University shall leave the country; and the Higher Education Council (CES) will not recognize it.