The economist Simone Cecchini, official in charge of the Social Development Division of the Economic Commission for Latin America and the Caribbean (ECLAC), led the preparation of the report entitled ‘The social challenge in times of COVID-19’, the third in a series of studies on the impacts of the pandemic in the region. 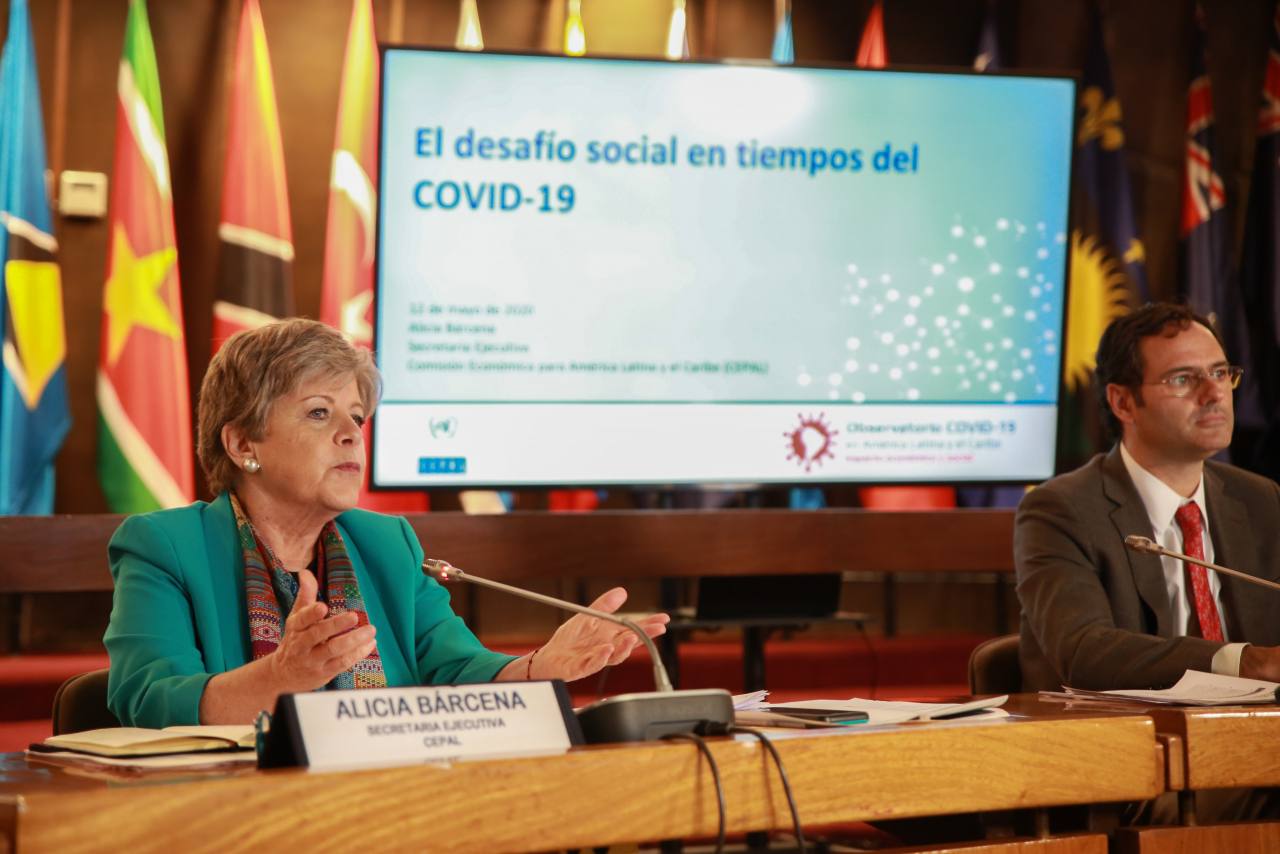 The agency proposes the creation of an emergency salary for vulnerable sectors, although it admits that many countries are experiencing fiscal crises.

The expert gives Diario El Universo details of the investigation, presented days ago by the agency’s executive secretary, Alicia Bárcena.

Question: What will be the economic and social impacts of the coronavirus in the region?

Answer:The region is experiencing a major crisis not only of a sanitary nature but also due to the social and economic impacts of the coronavirus pandemic. We are in a moment of great uncertainty, but everything indicates that the economic crisis will be of a size never seen in the recent history of the region. ECLAC has projected for 2020 a contraction of 5.3% of the Gross Domestic Product (GDP), only comparable with the Great Depression of 1930. This implies a loss of 11.6 million jobs and an increase in the rate of 3.4% unemployment. This very complex economic scenario will cause poverty and extreme poverty to increase in all Latin American countries. Our projection is that in 2020 there will be an additional 28.7 million people living in poverty, of which 15.9 million will be in extreme poverty. This year,therefore, 215 million Latin Americans would live in poverty, which corresponds to 34.7% of the region’s population. Of these people, 83.4 million would live in extreme poverty, 13.5% of the population. This is dramatic since living in extreme poverty means not having enough income to purchase a basic food basket.

Q: Which productive sectors will be most affected by the economic crisis?

A: Globally, trade has collapsed, implying a sharp drop in the volume and value of the region’s exports, especially of raw materials. In particular, the drop in oil demand has been estimated at 30%.

Internally, it is estimated that the most affected sectors in the countries of the region are wholesale and retail trade, repair of goods, hotels and restaurants, transportation, storage and communications, and services in general. In Ecuador these sectors represent around a quarter of the national product. The least affected sectors would be agriculture, livestock, and hunting, forestry and fishing, which in Ecuador represent around 10% of GDP.

Q: In your last report, you mention three countries where poverty will grow much more, including Ecuador. Why?

A: Indeed, our projections indicate that extreme poverty in Ecuador will grow from 7.6% in 2019 to 10.7% of the population in 2020 and poverty from 25.7% in 2019 to 30.8% in 2020, with increases 3.1 and 5.1 percentage points, respectively. In other words, these are increases above the regional average. This is explained by the fact that the coronavirus pandemic is having very strong effects on the country’s economy and labor markets. Our projections for increased poverty in the region connect with projected growth and employment trends. In the case of Ecuador, an economic contraction of 6.5% is estimated in 2020. Income inequality, as measured by the Gini coefficient, is also expected to increase more than 3%, because informal and precarious workers will be the most beaten.There are economic factors that hit Ecuador very strongly, such as the drop in the price of oil or the decrease in the flow of family remittances from workers who are abroad.

Q: You are proposing that governments provide a kind of emergency salary for informal workers and vulnerable groups. How much would it cost?

A: At ECLAC, we have proposed to the countries of the region an emergency basic income as a short-term measure to face the socioeconomic impacts of the COVID-19 pandemic. The recommendation is to implement an emergency basic income equivalent to a poverty line ($ 143 from 2010) over a period of six months for all people who are in poverty in 2020. This allows basic needs to be met and the consumption of households that cannot generate income independently to be sustained. The cost of this measure has been estimated at 3.4% of regional GDP, but when taking into account conditional transfer programs for poor families with children (0.35% of GDP), social pensions for older adults that do not count with a retirement (0.87% of GDP),As well as the emergency transfers currently underway (representing around 0.7% of regional GDP), the additional cost of this measure is 2.1% of GDP.

At the regional level, most countries are implementing new emergency cash transfers, but frequently these have population coverage, amounts transferred and duration that will not be sufficient to face what we are projecting as the largest economic contraction in the history of the region.

Q: There are countries, like Ecuador, with serious fiscal problems, how could they finance it?

A: Indeed the resources are not unlimited. But as for the immediate, it would be important to have the support of international financial organizations and development banks. In particular, debt relief and debt relief would significantly increase fiscal space. For example, in Central American countries 2.5% of GDP goes as interest. A negotiated process of debt moratorium with multilateral banks would generate the fiscal space and liquidity essential to respond to the humanitarian and economic emergency without deviating the trajectories and efforts to ensure the sustainability of the subregion’s debt.

Internally, at least part of the financing problem could be covered by improving the effectiveness of tax collection and moving towards less regressive tax structures. The reduction of tax evasion and avoidance, in particular, can provide an important space for this type of measure. In Latin America, the level of tax evasion and avoidance amounts to a total of 6.3% of GDP (2.3% of GDP in the case of VAT and 4.0% of GDP in the case of income tax) ). Likewise, it is necessary to improve the progressivity of the tax structure by strengthening direct taxes on personal income, especially the richest 1%, and implement a new generation of taxes on the digital economy, activities harmful to the environment, tobacco and others. factors related to public health.

A: First of all, stress that taking care of the health of workers and the entire population should be the priority, since not taking precautions against the coronavirus would lead to even worse results in terms of job destruction and loss of human life.

Second, there are actions at the macro level, such as monetary and financial measures to preserve the liquidity of banks and commerce and to address public and private debts; the reduction of interest rates of central banks and the opening of special lines of credit, the issuance of additional loans, the extension of the terms for the repayment of credits to companies. And there are also actions at the micro level, aimed at preserving productive capacity and creating the conditions for the reactivation of economic activity through liquidity mechanisms for companies, particularly for micro, small and medium-sized companies.

Third, there are the most direct measures to protect formal workers. These are of two types. The first type is aimed at reducing workers’ exposure to the virus and ensuring the continuity of economic activity (such as telecommuting), and the second type, at securing income or jobs. Here the measures are varied, and include the reduction of the working day, the assurance of income in the absence of work, unemployment insurance, paid sick leave, prohibitions on dismissal. (I)