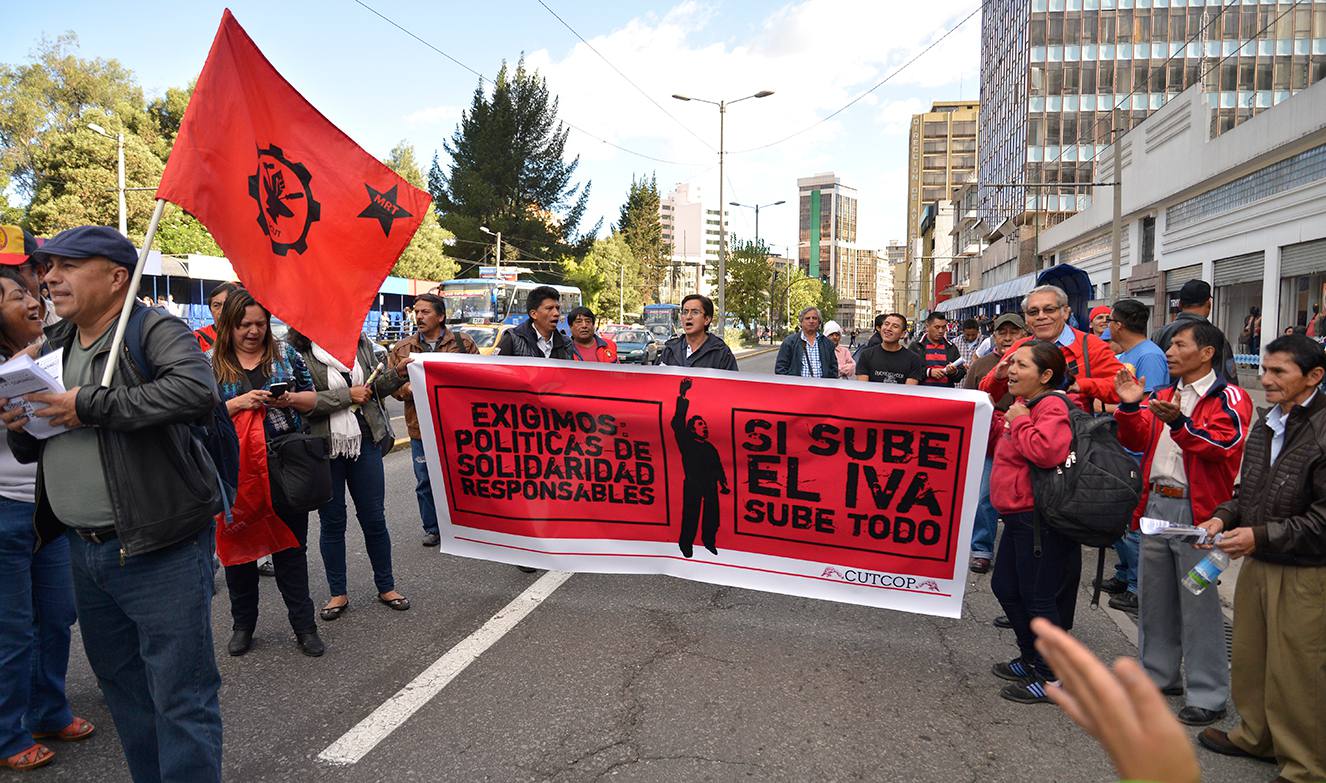 The Unitary Workers Front (FUT) and the Provincial Collective of Peasant and Indigenous Organizations of Pichincha (Cutcop) held yesterday a sit-in at the ground floor of Ecuadorian Institute of Social Security (IESS) to protest against the Value Added Tax (VAT) increase as well as by the recent massive layoffs of workers and the the Social Security policies established by the government. This was stated yesterday by Mesias Tatamuez, Cedocut president and member of the FUT, and Edwin Bedoya, union leader.

In the grounds of the Social Security headquarters, dozens of workers stationed with signs that read “if there´s a VAT, prices will go up” and that demanded a responsible policy of solidarity. Bedoya explained that the protest was a provincial call and that these types of demonstrations would repeat nationwide.