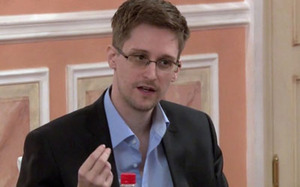 The former U.S. intelligence analyst, Edward Snowden, said the spy calls for the government intelligence agencies showed that the disclosure of the methods and objectives of the U.S. Secret Service was justified.

Snowden leaked information about the National Security Agency (NSA) surveillance on emails as well as listening phones from world leaders, which has angered U.S. allies.

The German magazine Der Spiegel, published last Sunday, “A Manifesto for the truth,” in which Snowden said that the current discussions on mass surveillance in many countries, “rather than causing harm, the usefulness of this new public knowledge for society is now clear because they are suggesting policy reforms, monitoring and laws,” as it was written by the former analyst of the CIA and the NSA.

Bishops must prepare for the Extraordinary Synod at the Vatican