Snowden says he expressed concerns to the NSA 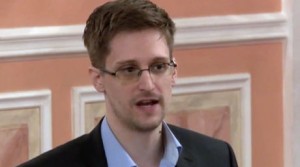 Edward Snowden said he repeatedly expressed his concerns about the spying program of the National Security Agency (NSA), but the agency only found one email where the former contracter asked for a “clarification” on a legal technique on training materials, said NSA officials.

The former NSA systems administrator, who revealed the spy operations, declared to be a patriot in an interview this week on NBC.  Snowden said he saw no choice but to expose what he considered illegal NSA surveillance revealing secret details to journalists.