Social changes can be foreseen with the legalization of gender 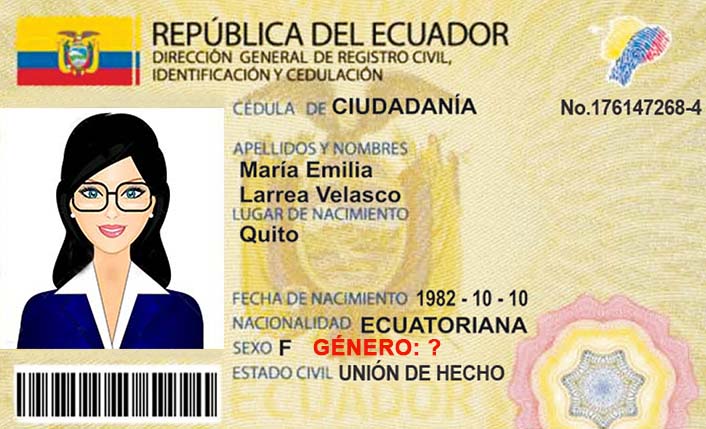 Among the groups representing the LGBTI community there is expectation for the changes that may occur in the society if the option to replace the sex field on the ID is changed by genre is enforced.

The draft Law on Identity Management and Civil Data, which on Monday returned to the Assemblywith the veto of the Executive branch, allows to replace these fields as stated in section 94.

Spokesmen of Pacto Trans, a platform of groups, and of the LGBTI Citizen Observatory agree that the inclusion of such alternative is a ‘progress’ in their ‘fight.’

Ana Almeida, of Pacto Trans, considers that “this is a step forward as far as the measure is a recognition of gender as a legal category.”

She explains that this will allow those who identify with the feminine or masculine identity to express it in their ID cards.

“This will constitute an exercise of citizenship in pursuit of no more discrimination,” says Almeida.

Carlos Isaias, of the Observatory, says that this is “a progress in rights” because it will involve a “social recognition” to the person who is identified with a genre, “which might be different from their birth sex,” he says.