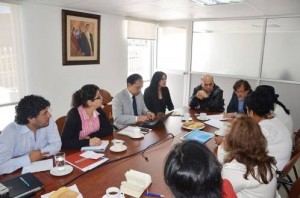 The President of the Transitional Committee for Equality between Men and Women Yina Quintana, said that representative councils of the different social groups are preparing two regulations to comply with the Organic Law on National Councils for Equality.

The law would take effect this month, once it is published in the Official Gazette (RO).

Quintana said that for about three months ago, they have been preparing two proposals for regulations: one concerning the operation of the new entities and the other on the contest to elect the representatives of civil society.

In the first part the current representatives of the councils participate, and in the second, authorities of the Citizenship Council (CPC), according to Quintana.

Quintana said that the regulation will look for the regulation of the contest to take into account the merits of the applicants in the ratings assigned to them.