Around 11,000 of the 32,000 prisoners that Ecuador has , equivalent to a third of the country’s prison population, identify with one of the criminal gangs that dispute the internal control of the prisons and whose confrontations have left more than 400 inmates killed since 2020. 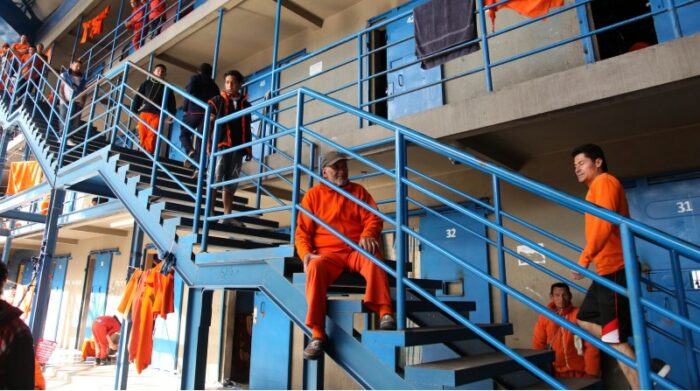 This was indicated this Wednesday, August 24, 2022, by the general director of the National Penitentiary Service (Snai), Pablo Ramírez . This is based on estimates made by the state body, in charge of administering and guarding the prisons , where the first prison census in the country’s history began on August 22 .

Ramírez indicated in an appearance with journalists that the Snai has identified between nine and ten gangs that are the cause of this prison crisis.

Although he acknowledged that the indications suggest that these gangs have links with drug trafficking , the people who are in charge of them are not necessarily linked to or have been sentenced for crimes of illicit drug trafficking.

The director of the penitentiary body affirmed that his institution is on the right path to pacify the prisons of Ecuador. Especially in the goal that overcrowding is “zero” at the end of 2022.

In that sense, he highlighted that the current rate of overcrowding in the set of 36 prisons that Ecuador has is 7.52%. Practically twenty points less than at the end of 2021. “Overcrowding is our main objective,” Ramírez endorsed.

This reduction is being achieved through a pardon and parole program for prisoners convicted of minor crimes who have served most of their sentence. Through which between 4,000 and 4,500 inmates have been released.

More guards and technology in prisons

Likewise, the director of the Snai expressed his confidence that the State will be able to regain control of the prisons with the de- crowding and hiring of 1,300 new prison officers this year. They will almost double the current workforce of 1,600 jailers.

Together with the additional 1,000 they hope to hire next year, the team of prison officers will rise to almost 4,000. This will give a rank of one guard for every eight prisoners, above the international recommendations that advise one for every ten , according to Ramírez.

In this regard, he acknowledged that it is difficult to control prohibited objects, such as weapons, that enter prisons and are later used in massacres between prisoners. He asserted that these organizations are even capable of using drones to enter what they want into prisons.

However, Ramírez expressed his confidence that in the course of this year all prisons will have scanners and X-ray equipment for greater control of people and objects that enter and leave the prisons .

Beyond these initiatives, he warned that the vision to solve the prison crisis must be statewide , which in his opinion must include the involvement of the Justice so as not to abuse provisional prison for those prosecuted for minor crimes, which means that between 25 % and 30% of prisoners are currently in that condition.

In addition, the director of the penitentiary service valued the international cooperation received to placate this prison crisis. Especially, from the United States and the European Union , through the Assistance Program Against Organized Transnational Crime (The Pact).

The situation has drawn international attention. In March 2022, the Inter-American Commission on Human Rights (IACHR) recommended that the State regain internal control of the prisons. Provide decent conditions for prisoners and develop a crime prevention policy that does not have incarceration as the main strategy.

For its part, the organization Human Rights Watch (HRW) identified overcrowding, the lack of state control and the power acquired by criminal groups as the factors that explain this wave of intra-prison violence.