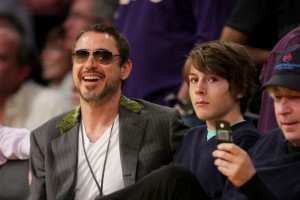 Indio Downey, the 20 years old son of  Robert Downey Jr, who is considered one of the best actors of his generation, has gotten into trouble with the law after being arrested in Los Angeles for alleged possession of cocaine.

In the past, his father also faced charges of drug possession, and even was in rehab. Indio Downey was arrested on Sunday while driving through West Hollywood, he was then released after paying a $ 10,250 bail and will have to appear in court on August 29.

Elijah Wood and Sasha Grey together in `Open Windows´