‘Soon we will be fine’, a song of hope that unites Danilo Parra, Mirella Cesa and Gerardo Mejía

Music has kept us entertained, distracted and joyful, in the midst of the world health crisis due to the coronavirus. And the Ecuadorian artists Gerardo Mejía, Danilo Parra and Mirella Cesa want to sing to him for the hope of a better future, healthy and full of faith. 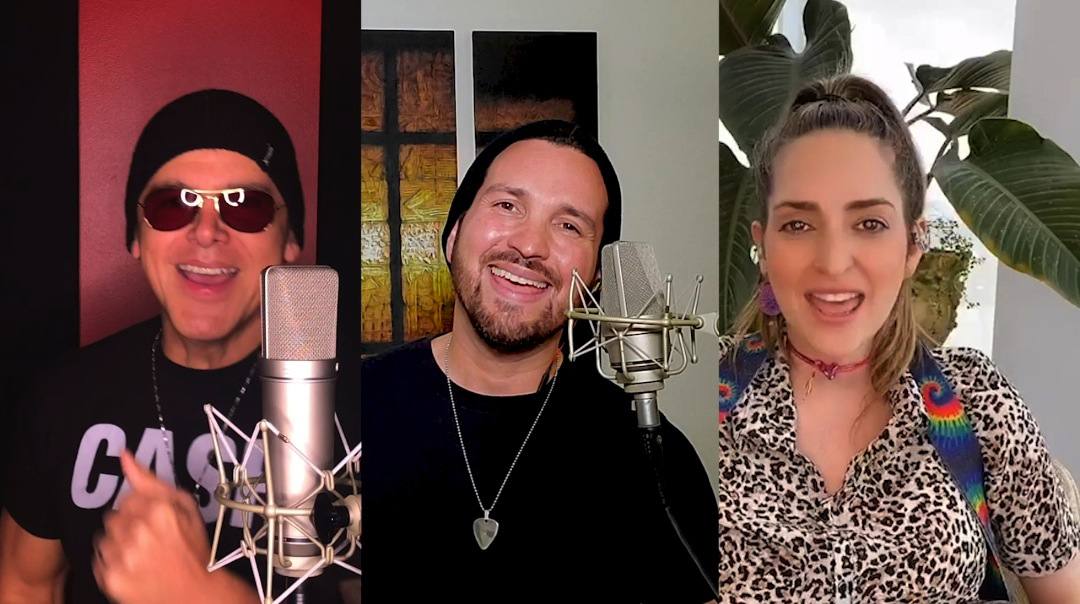 ‘Soon we will be fine’, a song of hope that unites Danilo Parra, Mirella Cesa and Gerardo Mejía

Soon we will be well is titled the single that musically unites the singers and that they already promote on digital platforms and their social networks.

“Soon we will be on the beach, with the whole family in a sheet, we don’t need anything else, and the delighted boys kick sand everywhere, watch out for the heat, together watching the sun go down, with the classic on the radio waiting the goal (…) ”is heard in part from the lyrics that Parra composed in the studio he has at his home in Miami, where he lives.

“Last Sunday Mirella suggested that we do a job from scratch. I went to the piano, I started to play something, pulling chords on the guitar, something that helps people get them out of depression, “says Parra.

Mejía, who lives in Kentucky (USA), says that it was Parra who invited him to join the production, which he was in charge of the urban part. “I liked the concept and it had a rhythm that lent itself to a happy rap, so I signed up,” explains the interpreter of Rico Suave, who hopes that the song will remind compatriots that it doesn’t take much to be happy.

For his part, Cesa relates that the collaboration took place spontaneously between the three. “To carry this message of love, hope and positivism I think that today is what we need. Although it is true we are going through a very hard circumstance, very difficult, everyone, each one from his house, from what is happening in his family, we must also have that side of giving something positive to inject that into the environment and invoke that soon the cure for this terrible evil arrives ”, he adds.

Cesa put his andipop touch on the charango while Parra added a ukulele and, along with Mejía, giving it, through his own musical identities, a hopeful sound for the audience at this time. (AND)