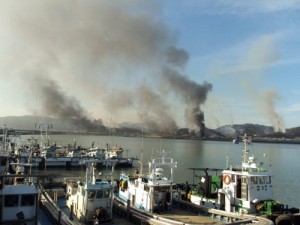 A spokesman of North Korea stated their neighbor in the south is making things worse due to the incessant military provocations. Official news channel of North Korea stated: “South Korea is complicating the relations between both nations and is trying to take the situation to hostile encounters with their confrontation politics with DPRK.” The comment was made after North Korea fired artillery rounds on a South Korean island, which is the worst aggression since the war with Korea.

Today the burn out bodies of the civilians that perished during the attack of North Korea belonged to laborers who were working on a military building.

This are the first casualties registered during the attack, military officials confirmed the deaths of two soldiers. A total of 15 people were injured, the United States and South Korea confirmed today that this Sunday military defense maneuvers will begin on the Yellow sea, meanwhile the international community kept condemning the crossfire of Tuesday.

No Survivors in New Zealand Mine