South Korea and North Korea Fought on the Border 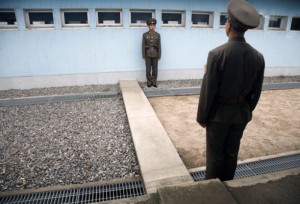 Today the media of Seoul informed the crossfire between North Korea and South Korea armed forces.

The soldiers of South Korea immediately returned fire, however is not clear if the attacks from the North Korea soldiers were intentional, it still remains a mystery if it was a single weapon or if there are wounded.

The incident occurred 118 kilometers at the northeast of Seoul, near the border location of Hwachon. The South Korean government will send a notice, since in the heavily armed border other encounters have occurred in the past.

The tension in the Korean peninsula has increased this year. Seoul is accusing Pyongyang of sinking a South Korean warship in the Yellow sea on March. On this incident 46 navy soldiers died. North Korea rejects the accusations.