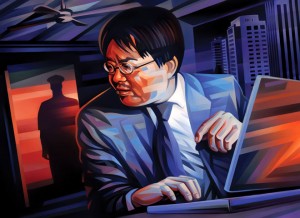 The South Korean Constitutional Court (TC), declared today as unconstitutional the bill that imprisons those Internet users that transmit false information or rumors with a penalty of five years in prison.

The sentence is a warning from the famous blogger Park Dae-sung, who under the surname pseudonym “Minerva” was convicted in 2009, and afterwards was absolved. He was imprisoned giving false information on the Internet saying that there was an economic crisis.

Minerva presented a lawsuit against the Constitutional Court requesting that the South Korean Telecommunications bill be branded as unconstitutional, since it has a penalty of five years, and a bail of 50 million of wones ($ 43,000) for giving false information or rumors that harm the national interest.

According to the Constitutional Court the Telecommunications bill that controls the “Net of Networks” lacks of a clear definition of what is false and of National interest since it uses precepts that are considered to severe. Besides the sentence states that “false information must be protected by the freedom of expression and could be limited only by the Constitution, and the interpretation of the laws” informed the Yonhap agency.

The request of “Minerva” has increased the debate of the freedom on Internet in one of the countries more interconnected of the world, however it has many hacker attacks.

On 2009, “Minerva” was arrested for harming the markets with information published on the Web after predicting the fall of the investment bank of Lehman Brothers or the dollar price against the won.