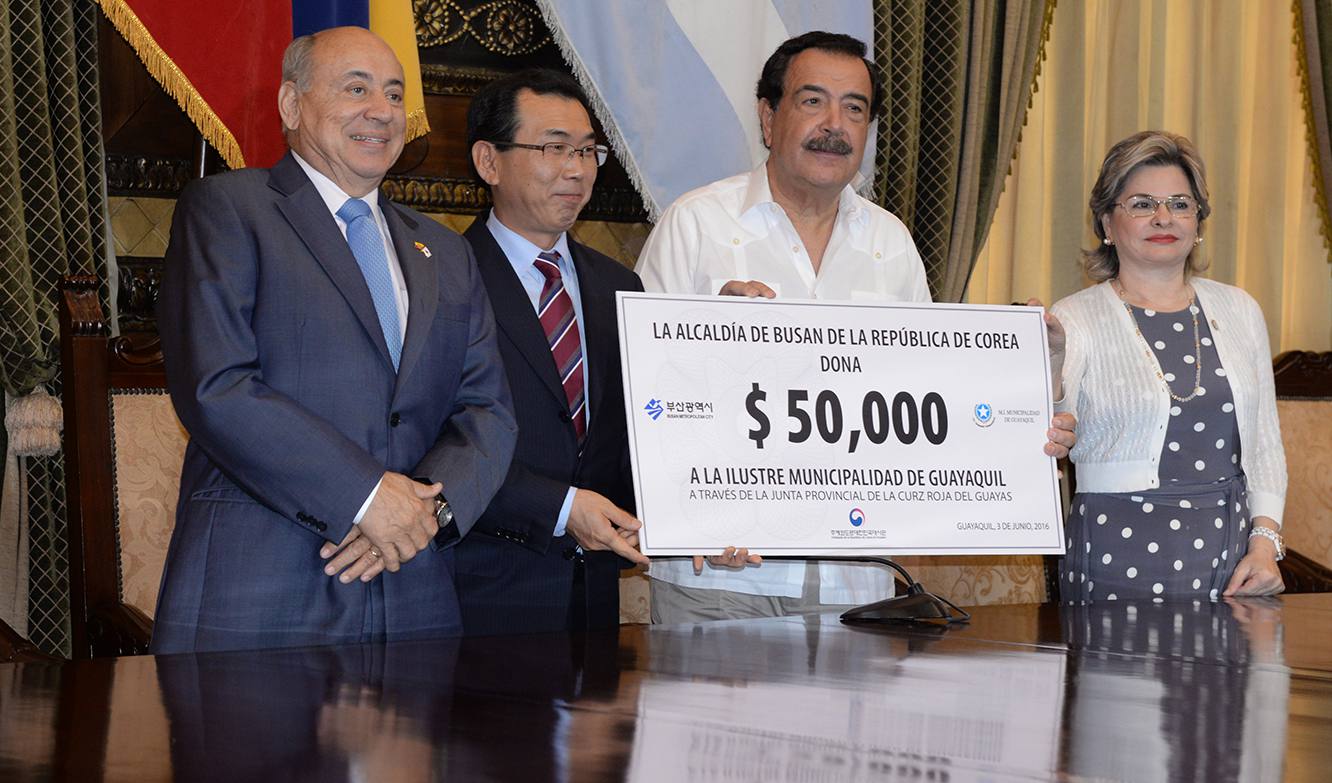 Lee Eun-Chul, Ambassador of the Republic of South Korea, yesterday gave a symbolic donation of $ 50,000 on behalf of the Mayor of Busan, a city in his country, to Mayor Jaime Nebot and the president of the Red Cross Teresa Farah.

The money will be used for the project of 50 houses made up of containers for the earthquake victims. The cost of this project is around $ 300,000.

50% will be financed with the funds raised in the last telethon. The rest will be funded by the private sector and the donation received. A little is needed to cover the total value, said Carlos Burnet, secretary of the Red Cross, who did not provide information on when the houses will be delivered.

In mid-June the modules would be ready, according to statements by Nebot last May.

During the ceremony, the mayor said that a process of brotherhood began with the city of Busan, which will include international agreements that will benefit both ports.