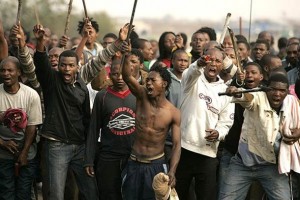 The hostilities between the Sudan army and the militia of South Sudan have left over 55 dead rebels. The confrontations occurred in the state of Jonglei at 25 km south of the city Malakal. The attacks were performed by the People’s Liberation Army in southern Sudan (SPLA) and the renegades that are currently leading the South Sudan.

Gabriel Tang, also known as Tang-Ginye , is the rebel responsible of arming and organizing the insurgents.  Over 50 soldiers of Tang-Ginye and five of his generals were killed in the crossfire that lasted for three hours. Meanwhile the SPLA did not informed if it suffered any casualties.