Spain, Italy and Vatican are Correa’s next destinations

This was revealed by the president of Ecuador, Rafael Correa, in his weekly report, held in New York on 12 last April.

On next April 23, the President will travel to Barcelona to receive an honorary doctorate from the University of the Spanish city. Correa will also meet with King Juan Carlos and the Spanish President, Mariano Rajoy.

On Saturday April 26 Correa will be in Genoa, Italy, from where he will broadcast his weekly report, and on Sunday 27 he will visit the Vatican to witness the canonization of Pope John Paul II and John XXIII. 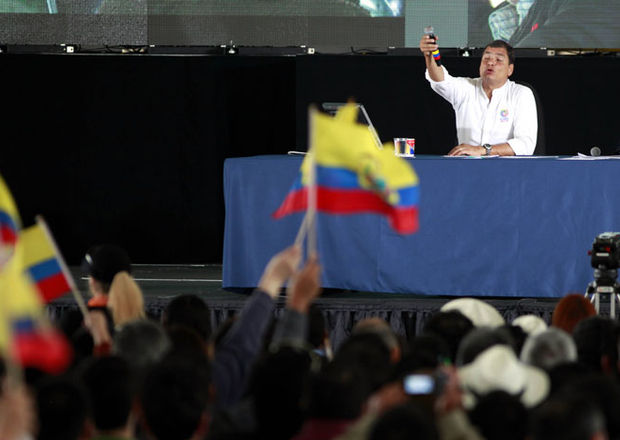 Rafael Correa during his last weekly broadcast in New York.

Correa and officialists addressed issues of common interest in meeting