Actor Ewan McGregor, known for his role as Obi-wan Kenobi in the “Star Wars” saga, is visiting Ecuador. 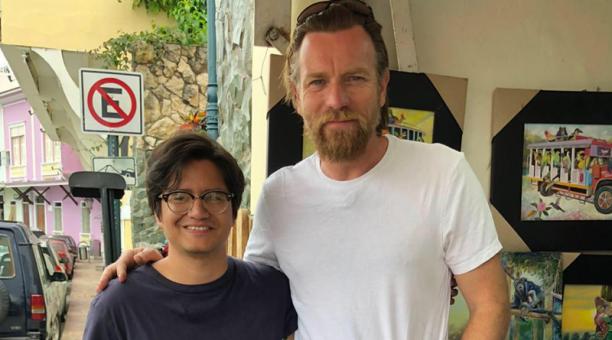 The Briton who is touring Latin America as part of the filming for the Long Way Up series is touring Guayaquil to include it in this production.

McGregor began his tour of South America as the protagonist of the series produced and directed by David Alexanian, with whom he made the documentary miniseries Long Way Round and Long Way Down.

The 48-year-old actor started his journey on an electric motorcycle that departed from Ushuaia, in Argentine Patagonia, to Ecuador to film the Long Way Up series.

McGregor, who arrived yesterday in Ecuador, plans to take some shots at tourist points such as the Simon Bolivar boardwalk, in the city center.

Long Way Round premiered in 2004 and related McGregor’s trip with Charley Boorman from London to New York across Europe and making stops in Ukraine, Kazakhstan, Mongolia, Russia, Alaska and Canada.

Premiere of current work in local cinemas
McGregor is also the protagonist of the movie Doctor Sleep, sequel to The Shining of Stanley Kubrick.

This film delivery focuses on Danny Torrance as an adult, played by McGregor. But somehow the film, which premieres Thursday night, received the seal of approval from both King and Kubrick’s heirs.

And all that thanks to Flanagan, who wrote, directed and edited Doctor Sleep, and had been dealing with the paradox of being both a “King fan” and a devotee of the film since childhood.

Warner Bros. had the rights to the book, which was already under development with another screenwriter. But by the time Flanagan knocked on the door, with an adaptation of King’s Gerald’s Game under his sleeve, the studio was open to his ideas, including a rather important change of the novel: back to the Overlook Hotel.

The first time he asked King for permission to merge the book with Kubrick’s movie, the author said no. But then he explained a scene he had dreamed – in the hotel bar – that he thought would address King’s main criticism that the film did not do justice to the narrative arc of the Torrance family. Suddenly, King changed his mind and said “go ahead.”

But knowing the original film also made it a challenge not to make the sequel a tribute. McGregor forced himself to “forget” what he knew Jack Nicholson did in a scene where he, like Danny, bumps into the door that Jack Torrance shattered with an ax and peeks through the break.

“There is no way of not knowing as an actor what that scene is; It reminds the audience of that moment in The Shining, ”said McGregor. “But I don’t want to know as Danny. I’m thinking that I’m Danny at this moment in history. ”

Although the recreations were memorable for everyone involved, the film is more than a tribute to The Shining: it is a character study about trauma and addictions. So when McGregor sat down with Flanagan, who was editing his Netflix series with a similar theme, The Haunting of Hill House, he didn’t want to talk about The Shining. He wanted to talk about recovery, and he managed to open up with Flanagan in a way he didn’t anticipate.

“I have lived sober for many, many years, so I have overcome my alcoholism,” McGregor said. “But I never explored alcoholism (on paper). So addressing something as personal to me as that, I thought well, here is someone I trust and want. It seemed like a good combination. ”