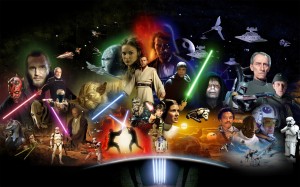 As part of the `Force for Change,´campaign, which aims to raise funds for laboratories and innovation programs of the United Nations Fund for Children (UNICEF), the director of `Star Wars: Episode VII,´ J.J. Abrams, invited the fans of the series to help with this proposal.

Disney, Lucasfilm and Abrams production company, Bad Robot, created this initiative, which also looks that users of the Omaze.com/StarWars website, who donate USD 10,could participate in a raffle that will give them the opportunity to be part of the film’s production. This campaign will run until July 18.

“Star Wars fans are among the most passionate and committed guys in the world,” said Abram from Abu Dhabi, where the filming of the first scenes are being carried out. The winner and a guest will go to London, with all expenses paid, where, in addition of having access to the set, they will be transformed into personages of the saga.

Shakira is accused of plagiarism for her music video ‘La, la, la (Brazil 2014)’