State oil companies have a debt of $ 1,559 million 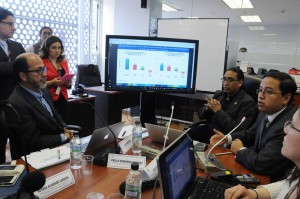 SOEs Petroamazonas EP and EP Petroecuador generated a debt to their suppliers in 2015 of about $ 1,559 million, which will be paid by the Government in 2016 with more debt.

This was explained yesterday by the Coordinator Minister of Economic Policy Patricio Rivera, after his appearance at the Commission of Economic System of the Assembly, during an analysis for approval of the 2016 pro forma.

Thus, a new category that did not exist in the 2015 pro forma under the name of “Current Liabilities” is registered in Account for Import Financing of Deficit Derivates (CFDD for its Spanish acronym).

When asked about this category, Minister Rivera explained that is about a short-term financing that the state oil companies have with suppliers since 2015 by the fall of crude and is expected to be delivered by the state in 2016 to lower the debt.