Steering in the ports of Guayaquil 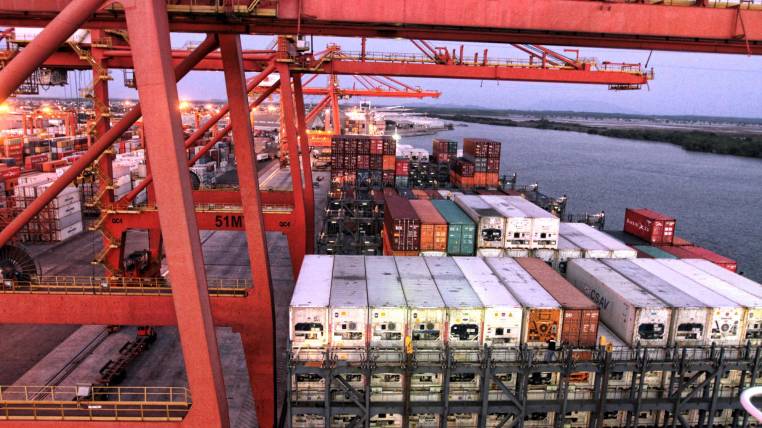 2017 was a good year for the three main private ports of Guayaquil as a whole, but spectacular for TPG (Inarpi, Saam group of Chile): it grew a little more than 179% (containers), and is now the second most important the city.

Meanwhile, the most important concessionaire of the Port Authority (APG), Contecon, suffered a slip and last year let out one of its best customers, nothing more and nothing less than the third largest shipping company in the world, CMG-CGM

Last year, the installation of two huge cranes brought from China to the Trinitaria island made it possible to see where the future would go, which is confirmed today. TPG-Guayaquil Port Terminal-went from 210 thousand to more than 588 thousand TEUS, or 20-foot containers, between 2016 and 2017, according to the latest Port Statistics Bulletin prepared by the Ports Subsecretariat and accessed by Diario EXPRESO. The most important lines that attracted are CMA and Hapag Lloyd. And recently to Ocean Network Express (ONE), born after the merger of the Japanese K Line, MOL and NYK.

Its rival, Contecon, which has the concession of the container docks of the Simón Bolívar State Port saw how the cargo was diverted. The subsidiary of the Philippine company Ictsi lost instead 31.26% of its cargo at the end of last year, nothing more and nothing less than 394.719 TEUs. An important volume for a business that has left annual profits of over 25 million in previous years.

Contecon still maintains services of Maersk and MSC, the first and second largest shipping companies in the world.

But TPG was not the only one that grew. The private Bananapuerto, of the multinational Dole, and Fertisa, of the Wong Group, built a business based on the most important cargo the country has, the banana. These two business groups are the two largest banana exporters in Ecuador and ship their fruit through their own ports.

Bananapuerto handled about 37 thousand more containers, which in volume equals a growth of 381,430 metric tons. In total it reached 299,390 TEUs. And this year will not stay still, after an announced investment, at the end of last year, of 22 million dollars to expand its docking front.

Fertisa, of the Wong Group, the second banana exporter, moved a 70.67% more load, not only banana, to be located with a volume higher than 1.7 million tons, more than the volume of business of Puerto Bolívar (El Bolivar). Oro), of Manta (Manabí) or of Esmeraldas and overcoming the barrier of 116 thousand TEUS. He expects to invest 20 million dollars between 2018 and 2022. He still maintains services with Seaboard Marine and Cosco Shipping.

Including oil terminals, Ecuador last year handled 48.9 million metric tons of cargo, a fall of around 23,000 tons, while the largest export of bananas and shrimp pushed the private cargo by only 4% compared to 2016.

The banana is fundamental in the port and shipping business of Guayaquil and Puerto Bolívar, being the most important export cargo.

The year that runs is expected that the sector also has a growth. The administrator of the Association and Commercialization of Banana (Acorbanec), Richard Salazar, estimates that 331 million boxes of 43 pounds will be sold. In 2017 there were 326 million cartons. (I)