Strong pillars of GDP go through a bad time 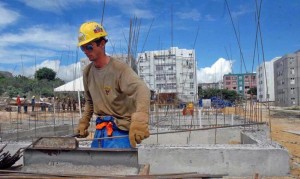 According to the Central Bank of Ecuador, the economic growth is leveraged in at least 43 sectors. Of those, five hold about 50% of GDP. Representatives of these segments believe that their strength will be lowered this year.

The safeguards imposed by the Government in March, are only one reason for the drop in sales. Banking regulations are added up to tariff surcharges, says Patricio Alarcon, president of the Chamber of Commerce of Quito.

Data from the Association of Private Banks show that in May loans for trade declined by 2% over the previous month.

Another factor even more serious for the main contributors to GDP: the announced-and withdrawn- Capital Gains tax and the additional charge for inheritances. Alarcon said that the lack of stability and uncertainty around the issue retracts investments and therefore the expansion of the economy. The guild of builders coincide with him.

Henry Yandun, president of the Chamber of Construction Industries, said that these two laws banish buyers off. Data of the Construction Chamber indicate (of national character) indicate there are real estate projects in major cities across the country that are detained due to the lack of demand. (I)