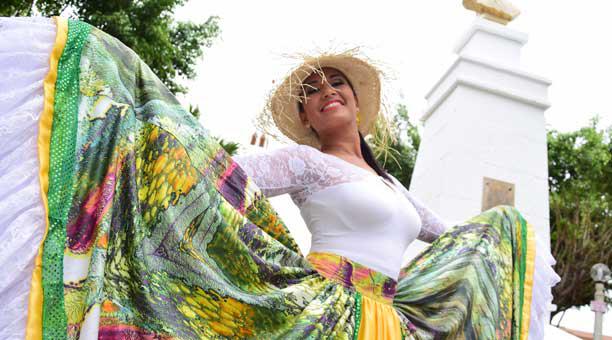 Montubio music remains in force in Manabí and several studies have rescued its history and importance. An investigation published by the journal of sound research and musicology, Traversi, collects the version of several researchers and musicians who give it concept, history and explain the complexity of montubio music.

This document was presented the previous year by the House of Ecuadorian Culture Benjamín Carrión. According to the magazine, montubio music is characterized by having elements of different traditions that have been its structural root.

One of them is a coastal indigenous slope, with very few remnants in the songs and wind musical instruments, some of these already disappeared. Yuri Palma is one of the manabitas researchers who mention this music in his article Estado Social de la Música Montubio in Ecuador. The expert points out that the conservation of this sound heritage depends to a large extent on the projects that aim at this as a value of recovery of the traditions of this town.

In addition, Palma exposes several alternatives to achieve the conservation of this music, such as exerting pressure on the local and national media to tune into montubio melodies. He also recommends doing more research within the universities.

Another suggestion is the realization of musical products, recordings of festivals, documents and historical research, which serve as channels of dissemination of this good to even create spaces in social networks.

Another of the objectives within this research document is to share information about amorfino, exposed in the article En Voz de Montuvia by Alexandra Cusme. In this last writing it is explained that the amorfino is a poetic form of orality where the feeling of the montubio is manifested. “It communicates poetic freedom, musicality and the beauty of improvisation. In the text, reference is made to the fact that the challenge nowadays is to maintain and combine the tradition with the renovation of the amorfino.” (I)

Second adjustment of tariffs for the goods of the European Union