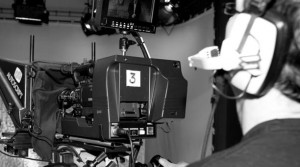 The Superintendency of Information and Communication (Supercom) released on Thursday February 4, 2016 a statement on penalties against Canal Uno SA for the alleged re-victimization of a teenager in the edition of November 28, 2015 of its program “En carne propia” (in the flesh).

The penalty includes a fine of 10 basic wages, based on the amount established in 2015 (USD 354). After the notification of the sanction, Canal Uno has a maximum term of 72 hours to deposit the money in a government bank account.

According to the statement of the Supercom, in this case the agency acted ex officio through a report of the alleged re-victimization of a young woman who would have been sexually abused.

It also notes that relatives of the minor appear in the program discussing over the alleged rape and a “media exposure of conflicts and personal dramas before the eyes of neighbors and residents of the area where the minor lives was generated; that is, subjecting the girl once again to that traumatic experience.”