Supercom payroll went from 21 to 325 employees in 5 years 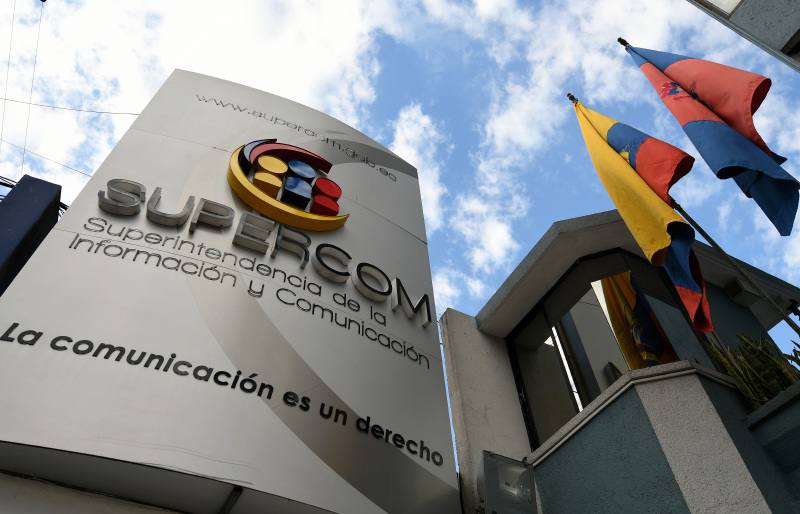 During its five years of existence, the Superintendency of Information and Communication (Supercom) increased its staff by almost 16 times, made more than a thousand complaints, and managed an item that was close to $ 60 million.

The Organic Law of Communication will meet this June 24 its fifth year of validity exposed to a substantive reform proposed by President Lenin Moreno, which would include eliminating the Supercom, created with the impulse of the government of Rafael Correa.

Tomorrow the text would be sent to the Legislative, which has been discussed with civil society actors, who question the role of the Supercom. And although Moreno defends the “ulterior responsibility” in the case of damaging the honor of the people, he recognizes that his application was “denaturalized”.

The Superintendency was born in the last legislative debates of approval of the law in 2013. Its rapporteur was the ex-legislator of Alianza pais and current ‘interinstitutional articulator’ of the Secretariat of Political Management, Mauro Andino, who upon approving it declared that day as “historical for the country. ”

Its sole incumbent was Carlos Ochoa Hernández, dismissed in March of this year by the National Assembly and the Council for Citizen Participation and Social Control of transition. He was replaced by Paulina Quilumba.

He had five powers, including monitoring the work of some 1,200 media outlets registered in the country, and resolving the complaints made by the public.

Thus, it made 1,344 processes, according to its reports of rendering accounts, of which more than 550 were made of ‘office’. And, for fines to the press, they charged $ 754,690, Ochoa said before being dismissed.

The director of the non-governmental organization Fundamedios, César Ricaurte, said that in the dialogues with Carondelet it was agreed to eliminate the regime of administrative sanctions that the Superintendency executed, whose effect will be that “the law is not punitive, but protects human rights; and the press must make a big and real effort to self-regulate, establishing its mechanisms “.

For Paulina Mogrovejo, ex vocal of the Communication Regulation Council (Cordicom), it is “good” that the Supercom is eliminated and that there be only one body that issues public policy (the Cordicom), since both “did the same”.

“It will be good to unify the institutionality, in addition to going through a process of austerity and efficiency of the public function. A single organ could assume the functions of another, because they did the same, “he stressed.

Possible changes in the law

The reforms to the Communication Law would include the lack of a deontological code, but a manual of good practices. And, the figure of hearing advocates would no longer be mandatory. (I)