Superintendency of banks calls for control in year end expending 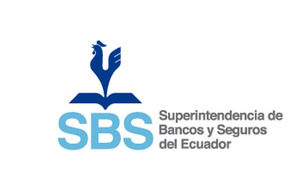 On the occasion of the festivities of Christmas and new year’s Eve, the Superintendency of banks and insurance of Ecuador (SBS) is developing the campaign of financial culture, which includes various presentations, in order to create awareness in Ecuadorian citizens on their financial responsibility, therefore, avoid overspending.

As it is traditional at this time of the year, Ecuadorian families tend to acquire debts that sometimes exceed their spending limit, which occasionally carry financial obligations that are difficult to meet.

In recent days, presentations visited the Amazonian province of Morona Santiago, Pastaza, Napo, Orellana and Sucumbíos, where members of the theatre La mueca carried the message of financial responsibility and prudence in spending on schools, squares, markets and shopping centers of several cantons.

It was communicated  to the community about the consequences of irresponsible borrowing and to be careful when using credit cards.

The campaign of the SBS provides similar actions in other parts of the country, reported the Newsroom of the entity.