Superintendent of Banks of Ecuador resigns 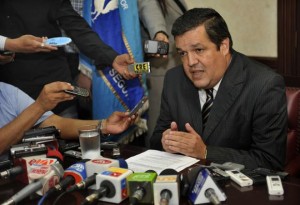 Pedro Solines Chacón, Superintendent of Banks of Ecuador, submitted his resignation yesterday to the position held since 2011.

In his resignation letter, of irrevocable character, he indicated that he leaves his position for personal reasons.

In the website of the Superintendency of Banks of Ecuador it is indicated that upon leaving, Solines said that the controlled systems: financial public and private; private insurance and social security, remain stable and in calm, predicting success to his successor in office.

Solines also thanked President Rafael Correa for having considered him for this position and the support and coordination he received during his tenure.