Supervise, the task that became impossible 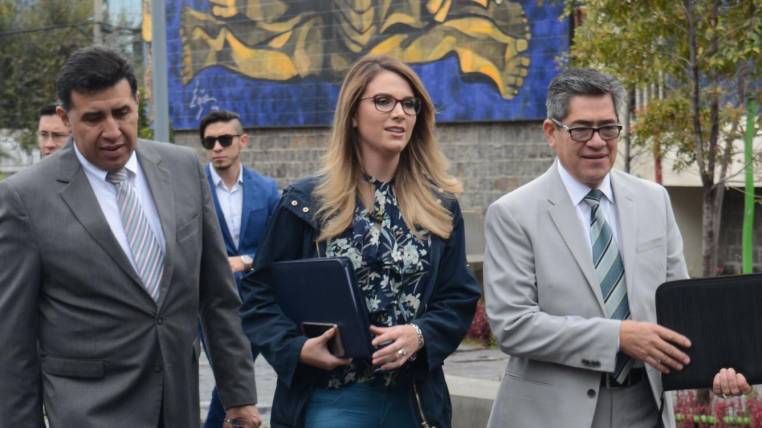 The audit and debate are the great absentees. The nonexistent political control of the National Assembly, in the last 11 years, would have its origins in no less than four aspects, consider jurists and ex-legislators consulted by EXPRESO.

The effects of this lack of inspection begin to take their toll and are obvious to a former vice-president sentenced to six years in prison, for illicit association, and officials with serious observations by the Comptroller General.

Until 2008, the congressmen made their information requests (previous step to start the audit) directly to the institution or official on whom the suspicion fell. The deadline to submit a response was 15 days.

With the creation of the National Assembly the mechanism changed. In 2012 the ministers began to comply with an order from former President Rafael Correa: the provision was that requests for information should be channeled only by the presidency of the Assembly, then in the hands of Gabriela Rivadeneira, member of Alianza PAIS.

Bayron Pacheco, ex-assemblyman for the Avanza party, remembers that orders were dammed there. “And when they gave free rein to deliver the required information, it arrived mutilated with the parties that suited them,” said the former legislator to this newspaper.

The Legislative Administration Council (CAL) also came hand in hand with the renewed Legislative Function devised in Montecristi and has added more criticism than praise. There have ‘died’ some attempts to control, as the first call to impeachment to former Vice President Jorge Glas.

Guillermo Landázuri, who led the Congress between 2003 and 2005, believes that the decisions to initiate the audit processes should not be in the hands of a few. “What was done before is to give the possibility that the largest number of legislators provide evidence to initiate the audit, which did not always end in impeachment,” he told EXPRESO.

But not all obstacles to political control are tied to changes in the rules of the game. The majority that obtained PAIS in the last two legislative periods have been detrimental, considers the former president of the Congress Wilfrido Lucero.

“What could become an advantage to push a political project became a detriment to the country. Legislators of the ruling party became experts in raising hands and approving laws that were armed from the Executive and to silence the irregular acts, “he said.

Precisely, the confessions of former Alliance member PAIS Raúl Patiño go in that direction. He said that everyone in the Assembly knew about the overpriced works in the decade of the citizen’s revolution but that, from the highest spheres of officialdom, the order to not oversee came.

The Assembly has also been characterized, in recent years, by shunning the debate and the accountability of officials immersed in conflictive issues that require an explanation.

In the best of cases, the appearances that should be given in the plenary session are derived to discrete legislative commissions (dominated mostly by AP) or outright rejected in the voting in which Correistas and Morenoites join forces, depending on the case.

Glas, protected until the end

On June 6, 2017 the majority of PAIS, made up of 73 legislators, voted against the then Vice President Jorge Glas appearing at the Assembly. Then, he went of his own free will and was greeted with red carpet.

The Secretary of Intelligence, Rommy Vallejo, also found, on September 19, the support of the ruling majority to not answer to the assembly members. Since yesterday, the Office of the Comptroller scrutinizes the performance of the ex-policeman at the head of this body.

It was necessary to make two attempts so that the superintendent of Communication, Carlos Ochoa, is called to the Assembly. The request had to leave the pro-government Elizabeth Cabezas to be backed by his bench.

The Assembly in this period has also ‘toreado’ the appearances to the Plenary of Augusto Barrera and René Ramírez, secretary and ex-secretary of Higher Education. They prefer that the explanations are given in the Commission of Education. (I)

Odebrecht: audience by role of Carlos Pólit in millionaire bribes