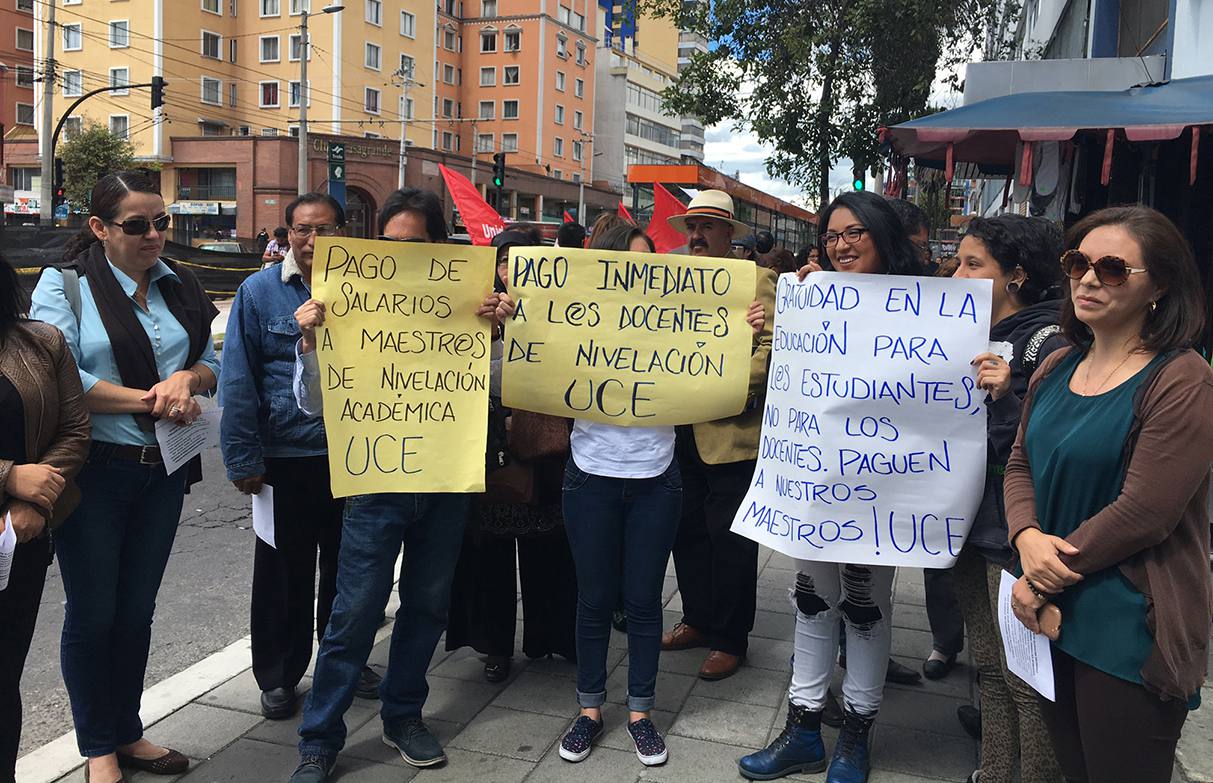 A group of professors from the Central University, suppliers of computer equipment and toiletries protested yesterday against the Ministry of Finance for payment of unpaid debts, according to them, since last year.

Professor Santiago Coello said that since October 2015 he worked in leveling courses for the admission of new students and his salary has not been paid and questioned the fact that the Government has not signed a contract for his services or has paid his Social Security obligations. He said that 153 professors are in the same situation, and the state owes a total of $ 970,000. This would be their third protest.

Celio Jara, a supplier of computer equipment, said that the state owes him $ 800 thousand, ie, all his capital invested in the Compupplies company, which provided equipment and installations for various ministries and secretariats.