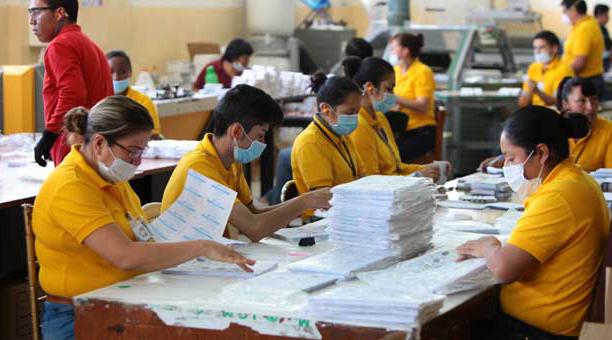 The control of people and companies wishing to make electoral forecasts and exit polls for popular consultation and referendum will be more severe than in past processes.

One of the changes considered for the reforms to the regulation of the process has to do with the technical details of the studies of intention to vote. Among the requirements is to include more specifications of the sample used. Until the last elections, the geographic scope in which the survey was developed was requested. Now it is intended that the sample be weighted geographically and stratified.

That is, to keep an equitable relationship in all the provinces and areas of the cities. “They (pollsters) can do in one sector and not in another. They can address, “said Nubia Villacís, president of the National Electoral Council. She also states that the electoral authority “reserves the right to pursue legal action” to the pollsters and their representatives, if the established norms are not met. Even, it is not ruled out that this has criminal implications. What is sought to avoid, according to Paul Salazar, electoral counselor, is that social chaos be unleashed, as happened in the last presidential election.

After the second round of elections on April 2, politicians and opposition activists stood for 10 days outside the National Electoral Council. They protested what they described as fraud part of the doubts is related to exit polls. As soon as the elections were over, the company Cedatos broadcast its results, which gave Guillermo Lasso the winner.

The changes had to be approved last Wednesday, when the legal team presented the proposals. But Villacís said the documents were “brief” and that the requirements that would be asked of the pollsters were “too open”. The other counselors agreed with these observations. For this reason, it was defined that the Legal Coordination prepares a new draft of changes to the regulations.

The work is carried out since that day in cooperation with the teams of the offices of the five electoral counselors. Another change that is under analysis is the time in which the pollsters will be able to publish the ‘exit poll’. Until the previous process, these results were disseminated as soon as the voting was over, that is, at 5:00 p.m. With the reforms it is intended that the National Electoral Council has the “baton” and that any results of polls be disseminated after the authority publishes its rapid count. What is projected will occur at 8:00 pm on Sunday, February 4, 2018. This count will be done by the statistics team of the National Electoral Council itself, in collaboration with the technicians of the National Polytechnic and the University of Cuenca.

Santiago Cuesta, head of the CMS pollster, believes that the reforms should clearly establish the margins of error and, with this base, establish sanctions. But the manager criticizes that it is intended to limit the work of the pollsters with publication schedules. The official results, according to the initial projection of the National Electoral Council, will be ready by the end of February.

However, on the night of the vote will be known progress. On this occasion, the command center will be installed in the auditorium of the parent company of the entity, in Quito. The connectivity and speed for the data transmission of the popular consultation will be tested on Sunday, January 21. On that day, the first national voting simulation to test the systems will be carried out. This area will be in charge of the National Telecommunications Corporation. Today will be sent the electoral material to the constituencies abroad and also towards the Amazonian provinces.

According to the Code of Democracy, the National Electoral Council is in charge of regulating voting intention, rapid count and exit polls in the electoral processes. This week we will analyze changes in regulations. (I)