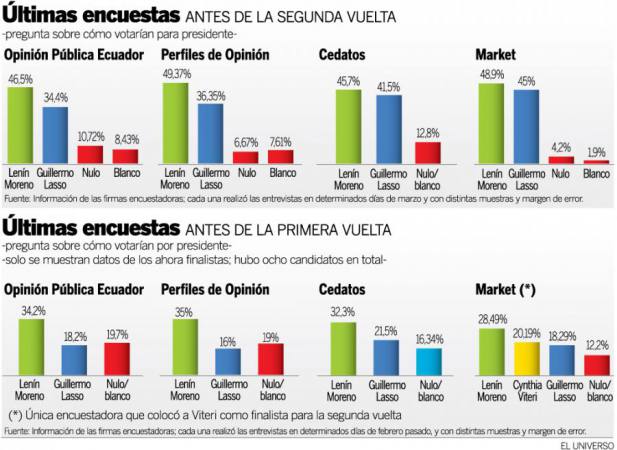 Presidential candidate from Alianza PAIS, Lenin Moreno, leads the voting intention in all four surveys this diary had access to.

Recent surveys from Public Opinion Ecuador, Opinion Profile, Market and Cedatos put Moreno in first place. In the first half of March, this last pollster used to locate candidate from CREO-SUMA, Guillermo Lasso, in firts place.

The two candidates are finalists from the elections that will take place next April 2nd, in the country.

Public Opinion Ecuador consulted 1185 citizens between March 11 and 12, and registered that 46,50% of the interviewed people would vote for Moreno, and 34,40% Lasso.