Suspects of the Global Fund case were acquitted 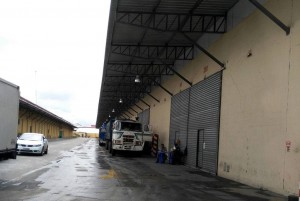 Criminal Judge of Guayas Maria Jaramillo determined that the evidence submitted by the prosecution are insufficient to call to trial the four people involved in the case known as Global Fund of Constructions.

This is a process conducted by the alleged laundering of assets the prosecution investigated from 2013, due to possible irregularities in expots made by this company to Venezuela using the Sucre system.

According to the prosecutor’s investigation, Global Fund received $ 159.9 million from Elm Import (of Venezuela), but the Ecuadorian company exported merchandise by $ 3.1 million. Jorge Zavala Egas, lawyer for the accused, said that Elm Import gave the money as an advance and that’s legal.

Zavala added that the Global Fund money that judicial authorities withheld early in the process has not been released, as the appeal raised by the prosecution is yet to be solved. According to Zavala, $ 57 million are in the Central Bank of Ecuador and $ 10 million in two private banks. Machinery, vehicles and merchandise of the company are still whitheld. (I)

Rafael Correa says that election campaign ‘will be very dirty’