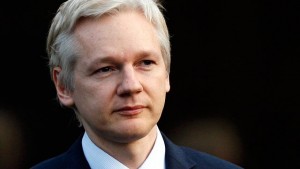 The Swedish prosecution announced Wednesday permission has been requested to Ecuador to question WikiLeaks founder Julian Assange in its London embassy, on rape allegations hanging over him.

“The written request was recently sent by the Ministry of Justice to the Ecuadorian prosecution. We can not tell when the answer will come,” the prosecutor said in a statement.

Sweden and Ecuador signed in December an agreement on judicial cooperation to advance the investigations that have ramifications in both countries, but especially to allow the interrogation of Assange.

The Australian, 44, accused by a Swedish woman of a rape that would have been committed in the Stockholm region in August 2010, lives in seclusion in the Ecuadorian embassy in London since June 2012.