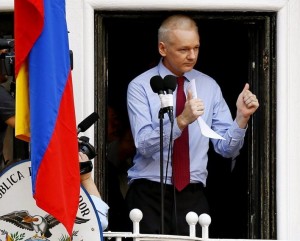 The Swedish prosecutors responsible for the rape complaint filed in Sweden against Wikileaks founder Julian Assange, said yesterday that the idea that he can be extradited to the United States is “outrageous”.

“It seems bizarre to believe that America has waited since 2010 to launch a process with the intention of filing a lawsuit in Sweden more than in Britain,” said the prosecutors.

In response to Assange’s lawyers, the Prosecutors Marianne Ny and Ingrid Isgren, for the first time recalled the risk of an eventual extradition of Assange to the United States, but discarded it because they said there was never any initiative of that country in that regard.

The Australian refugee in Ecuador’s embassy in London from June 2012, last July appealed to the decision of a Stockholm court to maintain a European arrest warrant issued against him.