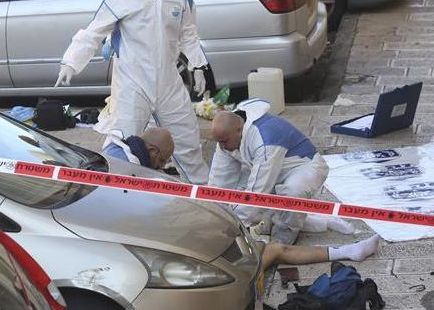 A synagogue in Israel this Tuesday was the scene of an assault in which two Palestinians attacked to the jewish faithfuls with butcher knives, axes and guns killing four people.

The attack occurred in Har Nof, an ultra-Orthodox neighborhood with a large population of English-speaking immigrants, where after an intense firefight, the attackers were killed by the police.

The victims were three Americans and one British, all with dual Israeli citizenship, the police reported.

Israeli Prime Minister Benjamin Netanyahu said that Israel would “respond harshly” to the attack, describing it as a “cruel murder of Jews who came to pray and were killed by despicable murderers.”

The Israeli police described the incident as a terrorist attack and said that the attackers were cousins living in East Jerusalem. While the Hamas Palestinian radical groups and the islamic Jihad have celebrated the attack and called for more similar actions.