Last Friday, after the withdrawal of about 2,000 people, mainly rebels, thanks to an unprecedented agreement between the conflicting parties, the Syrian Army was able to enter the old city of Homs for the first time in more than two years, bringing the return of thousands of Syrian civilians, who now found themselves in a landscape of ruins.

“Yesterday my husband found our house destroyed. We’ve come to take our belongings,” said Rima Batah, 37. “The destruction is terrible,” she added, while carrying five large bags by hand.

Some people refused to make statements to various news agencies. “Leave me alone” yelled a man on the verge of tears, as he pushed a cart with parts of his car.

According to the governor of Homs, Talal al Brazi, the city is now a “safe place and it is totally free of weapons and armed men.” Syrian civil war has left millions homeless Syrians. Three million have fled the country and 100,000 do it every month, a sad fact that will soon turn them into the worst wave of refugees registered since World War II. 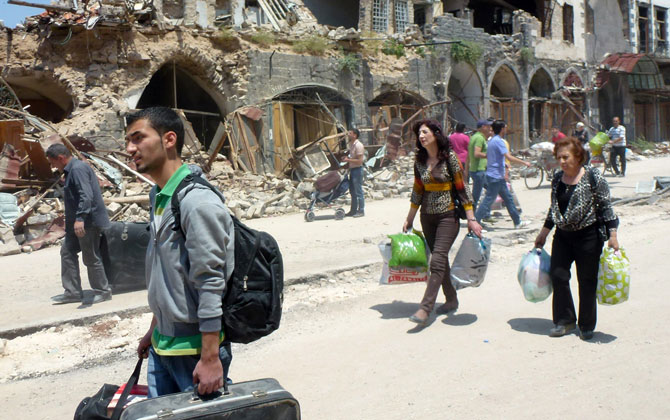