Take That on Tour with Robbie 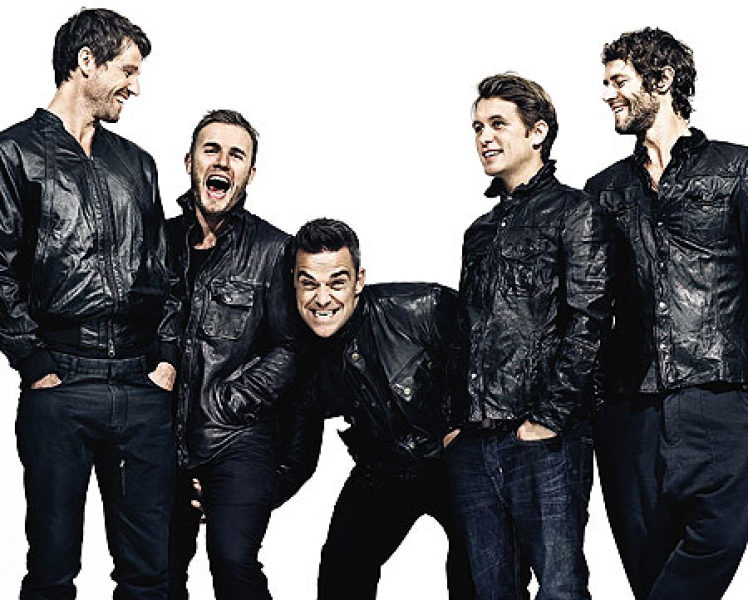 The British band Take That—recently reunited in 2005— announced on Tuesday their next tour—it’s 20 shows in total—with former member Robbie Williams, who is back on with the group after 15 years. Their next album is expected to be a success next Christmas.

Take That received the Hall of Fame award from Q magazine this Monday.

This will be the first tour of the band—with its five original members together—since 1995, the guys agreed to share the same dressing room, just like in old times.

“We always shared one dressing room, it’s a tradition and I’m gonna keep it,” said Williams, who reunited with his friends from Take That at the beginning of this year.

“It’s funny because when Rob saw The Circus tour, he said: I wanna do that,” said Mark Owen during a PRESS CONFERENCE “We want to do the same, but this time, including Rob,” he added.

“It will be an amazing show,” said Gary Barlow, the main composer of the band, while making comments about this year’s tour. The first tour date is on May 3rd in Sunderland (North England)and will continue performing in Europe in July (including Milan). The group will give shows in Scandavia and Germany in different dates.

“It’s 20 years, so making an album and a unique tour will be great this year,” said Barlow in an interview. “I think once we perform, Rob will be Rob again and we’ll be four again,” he added.

“We’re not setting a timeline,” said Williams on a conference on Tuesday.

The British band’s new album “Progress” will be in stores starting next month and tickets for the European tour are for sale since today.