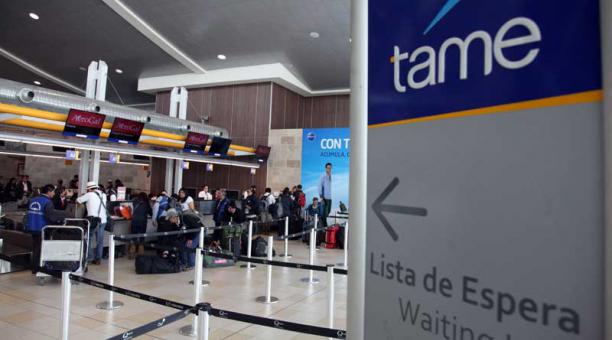 The debts of the Tame state airline exceed USD 200 million, said the president of the Board of Directors Ignacio Vallejo last Wednesday.

Of this amount, USD 106 million correspond to the outstanding debt for fuel with Petroecuador. “This debt is likely to be forgiven because the social objective of that economic aid was to boost the interconnection of the country,” added Vallejo in an interview with a local channel.

The former manager of the Coordinator of Public Enterprises Jorge Wated Company had announced a cut of 400 employees in the state airline. To this end, a study of the needs of each area will be carried out. Vallejo added that the balances of the airline will be audited and sent to the Comptroller’s Office. (I)