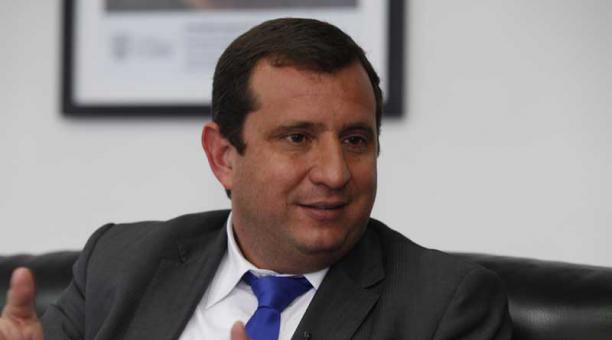 The elimination of the tax credit benefit of the exit tax  will be replaced with the monthly refund of this tax to exporters. The director of the Internal Revenue Service (IRS), Leonardo Orlando, confirmed this Thursday, March 10, 2018, that the economic reform, which was sent to the National Assembly for this week, will include the elimination of this tax benefit. On April 3, the Minister of Finance, María Elsa Viteri, explained that the elimination of credit in favor of companies will represent an income to the Treasury of USD 330 million per year.

The Government now proposes to compensate this elimination with the return. “Instead of recovering as credit at the end of the year, a monthly refund will be made. The first items in which it will apply have already been approved, “Orlando said, and said the final provision will be announced next week. This incentive already exists in the Law of Economic Reactivation, in force since this year.

The standard specifies that “habitual exporters, in the part that is not used as a tax credit, are entitled to the reimbursement of payments made by ISD in the importation of raw materials, inputs and capital goods”.

Despite being in force, the tax benefit was not operational due to the lack of a resolution that had to define the parameters to apply it. The benefit of the return is conditioned to the employer being a habitual exporter.

The IRS must clarify, with a regulation, who enters that definition. Orlando said the IRS is working on that rule, but businessmen fear that the benefit is minimal. Roberto Aspiazu, director of the Ecuadorian Business Committee (CEE), doubts that the return will occur.

The executive recalled that the Government has pending payment of USD 300 million for refunds of other taxes to the export sector. Last Wednesday, May 9, 2018, the CEE issued a letter to the Ministry of Industries and Productivity, in which it expressed its concern about the possible elimination of the benefit.

He believes that the measure amounts to an automatic tariff increase of 5% for the raw materials and capital goods needed for the local industry and would lead to an increase in production costs.

“In Ecuador we want to impact the national industry for USD 500 million, for the imposition of a tariff equivalent, with the sectors most affected those related to chemicals and drugs, food and beverages, plastics, metalworking and agro-industry,” the document said.

The restlessness of the business sector is also due to the delay in the presentation of the economic reform, which was originally scheduled for April 22, but has not yet reached the Assembly.

This and the failure of the Comptroller’s report on the public debt raised the country risk to 789 points, until May 9, said Danilo Albán, member of the Alternative and Heterodox Economy Forum.

The director of the IRS pointed out that this Friday, May 11, 2018, or the first days of next week, the reform will be sent to the Legislative. With the package of measures, the Government expects to collect USD 624 million, which includes measures such as tax remission and VAT collection in health and life insurance.

These resources will alleviate the fiscal needs, despite the fact that the price of oil has increased, as well as the tax collection. Between January and April, the collection of taxes improved 8.4% compared to the same period last year, according to data presented yesterday by the IRS. (I)­­