Seven months after the entry into force of the Organic Law of Tax Simplification and Progressivity , issued on December 31, 2019 , agricultural producers and exporters, including banana producers, can already benefit from the three new tax schemes that the regulation established . 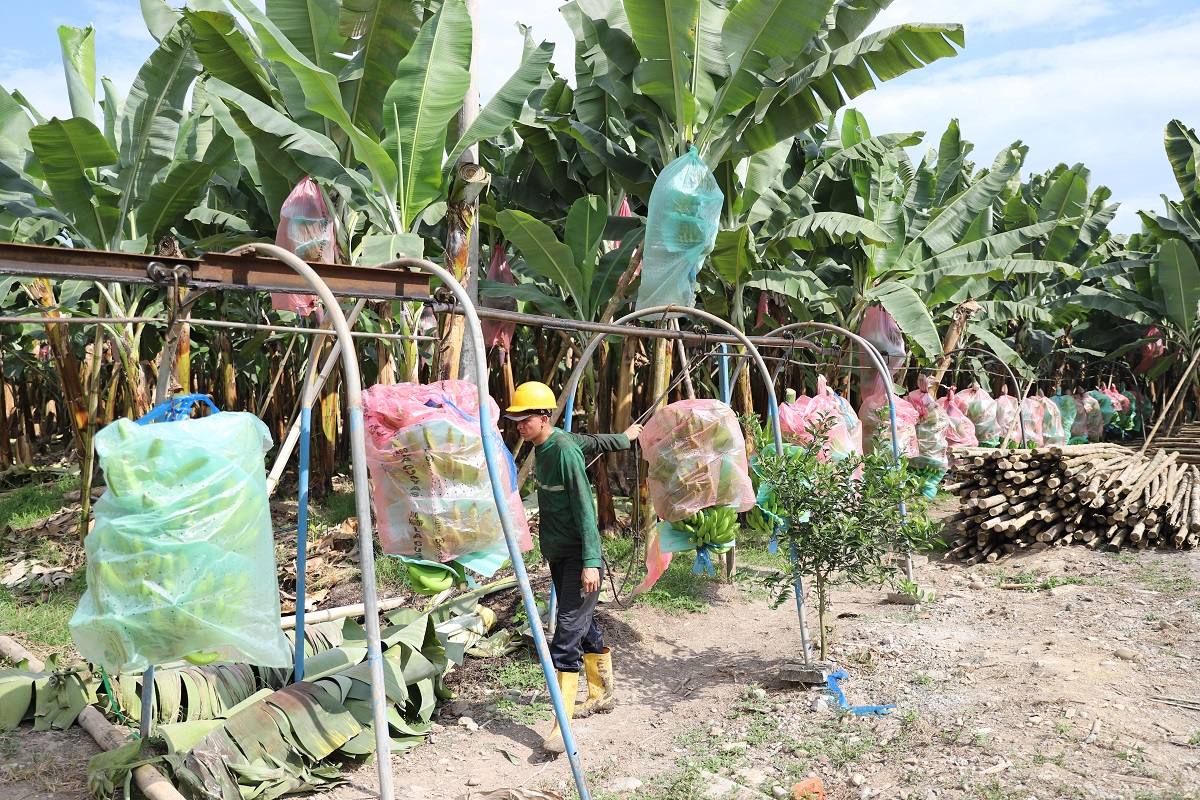 This after the regulation for its application was issued on July 28 and on Tuesday , August 4, it was published in the Second Supplement to Official Registry No. 260.

Thus, the single banana income tax, the single agricultural tax and the reduction of the special consumption tax (ICE) on alcoholic beverages are already applicable.

In the case of the single income tax for the banana sector, the Law establishes rates for producers and exporters, and it is reduced for farmers who have and apply the certification of Good Agricultural Practices (GAP) , issued by Agrocalidad, making possible a reduction 50% of taxes in the production phase, progressively and according to the volume of fruit.

Article 14 of the Law establishes that local banana production and sales pay up to 2% for invoicing of gross sales, and that this amount can drop to 1% for the micro-producer. Thus, from 1 to 1000 boxes of fruit per week, the tax rate will be 1% and will remain the same with or without BPA.

However, the benefits of having GAP begin to be reflected from a production of 1001 boxes, since from that range to 5000 boxes per week the producer must pay a 1.25% tax, but if it has GAP the rate remains at 1%.

Meanwhile, on the single agricultural tax, article 15 of the regulations provides a tax that ranges from 1% to 1.80%, depending on the level of income.

This tribute, although optional, works with a table scheme that every farmer, large or small, can use according to their scale.

The ICE reduction of up to 50% applies to those who produce alcoholic beverages using not less than 70% of local raw material; that is, rice, barley, corn, cassava starch, potatoes, bananas, among other useful items for the industry.

This scheme is already used by Cervecería Nacional, which launched its contract planting program and a new beer made with corn, rice and barley from local producers. The company plans to invest more than $ 11 million in the entire project until 2025.

Meanwhile, the Ministry of Agriculture and Livestock (MAG) plans to start the ICE reduction scheme with 1,600 producers this year and by 2021 it is expected to reach 6,000 families of farmers under contract.

Eddie Pesántez, vice minister of Agricultural Productive Development , stressed that the new schemes do not have a collection purpose.

“The tax does not have as its objective the collection, but the formalization, to raise production processes, that is why we associate the GAP so that every day we have better quality products with an export projection,” said the official.

At the same time, added the vice minister, the scheme would allow them to receive information on whether the support price is respected, where the producers are located, what they mostly invoice, what program needs they have, if they have access to rural credits, if they have agricultural insurance , the existence of collection centers, if they meet standards and have certifications, among other aspects.

Pesántez projected that later, with their farmer IDs, with the National Agricultural Registry that the Government plans to carry out, they could reach these small producers with projects according to their needs.

Meanwhile, producers and exporters consulted by this newspaper have different views on benefits and their application.

Richard Salazar, executive director of the Banana Marketing and Export Association (Acorbanec) , pointed out that thanks to the new regulations, the double taxation suffered by the sector was eliminated.

He indicated that with the previous scheme the exporter paid up to 2% of tax on the FOB value (sale value of the products plus freight, insurance and other expenses); while now the new tax base is calculated with the difference between the FOB value and the minimum support price on which 3% is paid.

“For example, if the FOB price is $ 8.3 minus $ 6.40, which is the support price, that difference is the new tax base and 3% is paid on that,” said Salazar, who also highlighted the tax incentive for have GAP for producers.

José Antonio Hidalgo, executive director of the Association of Banana Exporters of Ecuador (AEBE), pointed out that stopping paying the double tax allows them to continue investing in biosecurity measures not only against COVID-19, but also against Fusarium Race 4 .

“Each tax incentive encourages better agricultural practices and work towards new global trends, which is to take care of food safety and meet the demands of stable markets such as the United States and Europe,” said Hidalgo, who noted that the reduction of up to 1% of income tax will improve the liquidity of producers and formalize trade.

However, Byron Paredes, president of the Association of Banana Producers of Ecuador (Aprobanec) , considers that the small farmer, up to 10 hectares, should not pay taxes, and then progressively.

He noted that the producer sector presented a proposal for a trust that would allow regulating the supply of the fruit and implement public policies in the banana sector.

“We consider that it would be very opportune to go to the path of the true formalization of our sector,” said the leader, who added that there are around 10,000 banana trees, of which about 8,000, that is 75%, are small and medium .

Meanwhile, Franklin Torres, producer of Los Ríos and president in charge of the National Association of Banana Growers of Ecuador , believes that it is unlikely that the benefits of the law can be reflected this year, at least those tied to GAP, as he assured that due to to the pandemic and the bureaucratic procedures it will be very difficult for a producer to obtain this certification.

“I have Global GAP certification, for six months I have been requesting the certification of Good Agricultural Practices and they still do not give it to me, imagine for a small producer that does not have Global GAP”, lamented Torres, who added that before the producer sector already paid 1% income tax and then raised it to 2%; and believes that the Law only returned them to their previous reality of 1%.

“It is not a benefit, it is going back to what we producers used to pay before,” he criticized.

Meanwhile, Patricio Almeida, executive director of Agrocalidad , assured that GAP will be free for small producers, according to a certain amount of billing, and that the objective is to make them visible. (I)