Taxation Revenues fell by 13% in February 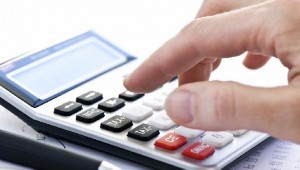 Revenues from tax collection continues to fall. The Internal Revenue Service (IRS) released its February revenue figures, and a decrease of 13% is evident compared to the same month of 2015.

In the second month of the year, revenues reached $ 2,134 million, when $ 2,449 million were raised last year in the same month.

In January 2016, the agency had already reported an annual reduction of 8% and a drop in revenue collection of greater weight: the value added tax (VAT), income and outflows.

This situation is now maintained in most taxes, but is deepened in the VAT, which had a 20% decrease, when in January it had a 15% reduction. Broken down, however, it reflects a greater impact: VAT for internal operations, which is a direct gauge of consumption, fell to 15%, the double of that recorded in January (7%).

While this tax on imports recorded an annual decrease of 36%; in January this drop was 38%.

In the case of income tax and tax on foreign exchange outflows, last month a revenue of 17% and 21% was recorded respectively.