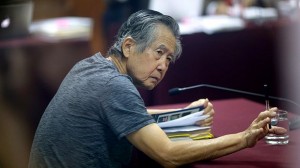 The Constitutional Court of Peru (TC for its Spanish acronym) confirmed the validity of the sentence to 25 years of imprisonment imposed to former President Alberto Fujimori in 2009 for crimes against humanity, said the resolution published yesterday by the entity.

The decision, taken on October 14, but released yesterday, rejected the revocation appeal submitted by Fujimori to leave it without effect by lack of evidence.

The TC indicated it is not competent to determine whether the offender should be released because he does not represent a danger to society or that his sentence should be annulled “under the abstract argument” of his health condition and advanced age.

He added that the place where Fujimori is serving his sentence is “jurisdiction of the prison administration.”

Dialogues between the US and Cuba will start on January 21st