Teachers accused of abuse jumped from school to school 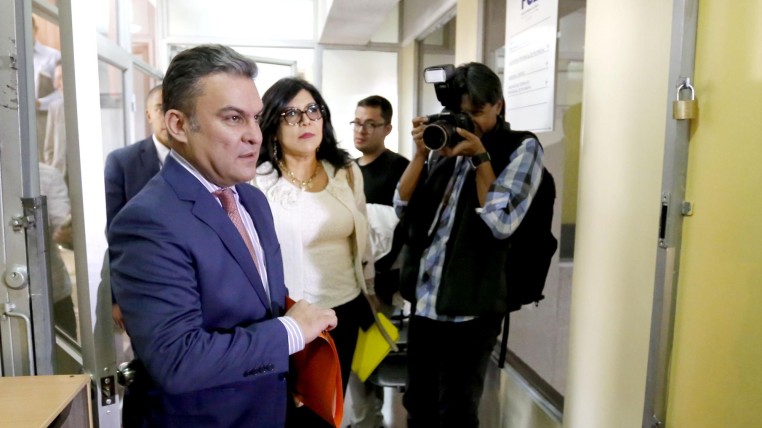 In Magna, a Chimboracense commune of dirt roads and adobe houses, the school is the only emblematic building. It does not have drinking water or telephone line, but it is a pride for the families of that village; there their children forge a future.

The ‘teacher’ Solomon arrived at the institution in 2016 amid a warm welcome from the people. But the allergy was short. Months after his arrival, a mother made a dark confession. The ‘teacher’ had asked his daughter to touch her genitals.

Only then was it known. The smiling teacher, transferred by the district office of the Ministry of Education, came to Magna with a past; Five complaints of sexual abuse in a school in Alausí. Before being arrested, the teacher was about to be relocated to a third school.

The case is not unique. Vinces, Delég, Guayaquil, Quito; instances in which the Conflict Resolution Boards, created by the Organic Law of Intercultural Education to resolve disputes in the school system, have approved the transfer of teachers denounced for sexual crimes to other educational centers.

Curiously, the law itself prohibits it. Article 342 reiterates that, in the case of an accusation, the protection measures in favor of the victims must be established immediately, “without this implying the transfer of the teacher to another educational unit”.

However, this measure remains only for ninety days. During this period, while the board investigates, the accused teacher goes on administrative work. Then, if the investigation does not reach a conclusion, or the deadline expires, the teacher can return to the classroom or be relocated.

Roberto Briones, an expert in education, indicates that there is a legal vacuum that must be solved. “The problem here is that there are two judicial protocols for cases of sexual abuse. When it happens in the house, it goes to the Office of the Prosecutor, when it happens in the school, to the meetings. The procedure must be unique. These crimes should not be addressed and solved as administrative conflicts, “he said.

The instances are not new. Several are included in the report prepared by the Aampetra Commission of the National Assembly, charged with investigating these cases. Sybel Martinez, director of the Rescate Escolar group and ex-commissioner of the commission, verifies it; the report determines negligence of district authorities and boards. For the activist, the latter carry a great responsibility.

“The Constitution prohibits mediation in cases of violations; however, they sought to ‘solve’ crimes as if they were administrative offenses.”

But in the document there remain questions without answer. For example, how many accused teachers were ‘relocated’? Are there administrative proceedings against them? Newspaper EXPRESO requested information from the Ministry of Education about the processes last week.

Until press time, there was no response. The silence is perhaps due to the fact that the entity itself does not know it. In November, this newspaper interviewed the former Minister of Education, Augusto Espinosa. When asked about the crimes, which amounted to 991 cases between 2014 and 2017, he indicated that “it is difficult to give an answer of how many cases ended with a separation from the teacher”. As for administrative summaries, the commission’s report recorded 453 since 2014. But they only received the figure; no details or resolutions.

The only concrete data was given by the Deputy Minister of Education, Álvaro Sáenz, when he went to the Prosecutor’s Office with 82 cases filed by the Conflict Resolution Boards in cases of sexual abuse. He did not assert that there was negligence, but neither did he deny it. He indicated that he preferred it to be the Judiciary, and not the ministry, who finds it.

The ministry changes the rules

When the high percentage of cases of abuse was made public, the Ministry of Education issued two decrees, additional to the LOEI. The first one, 2017-00052-A, establishes that, in case of knowing a complaint, the entire process must be documented. In turn, teachers and administrators must collaborate and respond to the Office of the Prosecutor. Article 10 strictly prohibits the transfer of the teacher to another educational unit.

In turn, the document obliges the district offices to report to the Public Prosecutor’s Office, a provision found in the LOEI, but which, according to what was recorded in the report of the Aampetra Commission, was not always fulfilled. Agreement 2017-00055-A, on the other hand, modifies the hiring processes by establishing, among several points, the creation of commissions for the hiring of teachers and the obligation for teachers and managers to have the necessary years of experience.

The commission analyzed thirty cases. In a high percentage, irregularities in the educational procedures were visible. In the Aampetra case, for example, it was determined that summaries were never opened against the teacher or the directors.

The document indicates that, just after the judgment of the Aampetra case, the ministry issued new procedures for the hiring of teachers. The requirements of the LOEI were not met. There are 1,800 teachers without a degree in the public system.

The Ministry of Education never intervened the reported schools. This is reiterated in a brief sentence by the commission. “Despite the high number of registered cases, the ministry did not audit or intervene any of the institutions where the events occurred.”

It is in the law, but it is not fulfilled. The follow-up, psychological help and reparation to the victims does not apply. The document states that “there is no comprehensive monitoring of the victims of these violent acts and it is not known if they have been able to resume their life projects.” (I)