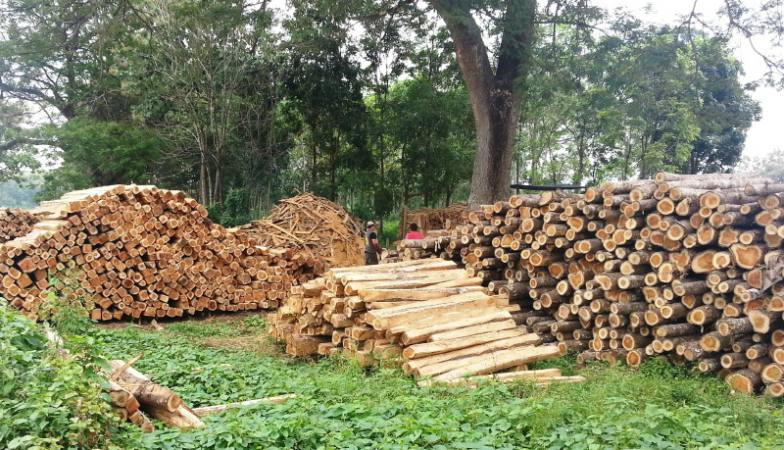 Teak exporters continue without a definitive solution to the problems that affect its exports to India, its main destination, representing 98% of its sales since 2016.
Last October, India ordered that teak logs imported had to be sprayed with methyl bromide, a chemical not allowed under the Ecuadorian legislation.

Ecuador proposed to the Indian government the use of aluminum phosphide as an alternative. According to Xavier Elizalde, executive director of the Ecuadorian Association of Producers of Teak and Tropical Timber (Asoteca), this was approved on March 10 and it was agreed that an Indian delegation arrives in the country to certify the fumigating companies.

So far, India issued an extension until the end of March for the Ecuadorian teak to arrive without the new demands, however, the Indian commission has not yet arrived in the country (I).

Police ‘takes’ the building of the National Audit Office