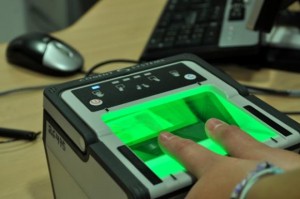 The recruitment for the implementation of the new technologic platform of the Civil Registration, which issues the identification cards and other public documents, cost more than $ 30 million dollars.

The General Direction of Civil Registration and Identification (Digercic) signed the contracts for the technological modernization of the platform with the Israeli company On Track Innovations Ltd. (OTI).

The pre-contractual and contractual process for technological modernization plan of the Civil Registration generated complaints of alleged irregularities and non-compliance with the Organic Law of the National System for Public Procurement.

For this, the General Comptroller´s office is conducting a special examination to pre-contractual, contractual and execution processes, the receipt of equipment and the software solution tests called Magna.

In January 2009, the Israeli firm OTI announced the signing of contractual commitment for the pilot phase of the project. According to the company, the value of this first stage was estimated at $ 4 million dollars, with deliveries scheduled for the first half of 2009.

On January 5 of 2010, the contractor reported through a bulletin, that it had signed contracts related to electronic national ID programs, with a total payment that exceeds the $ 30 million dollars.