Telephone workers marched in defense of their profits 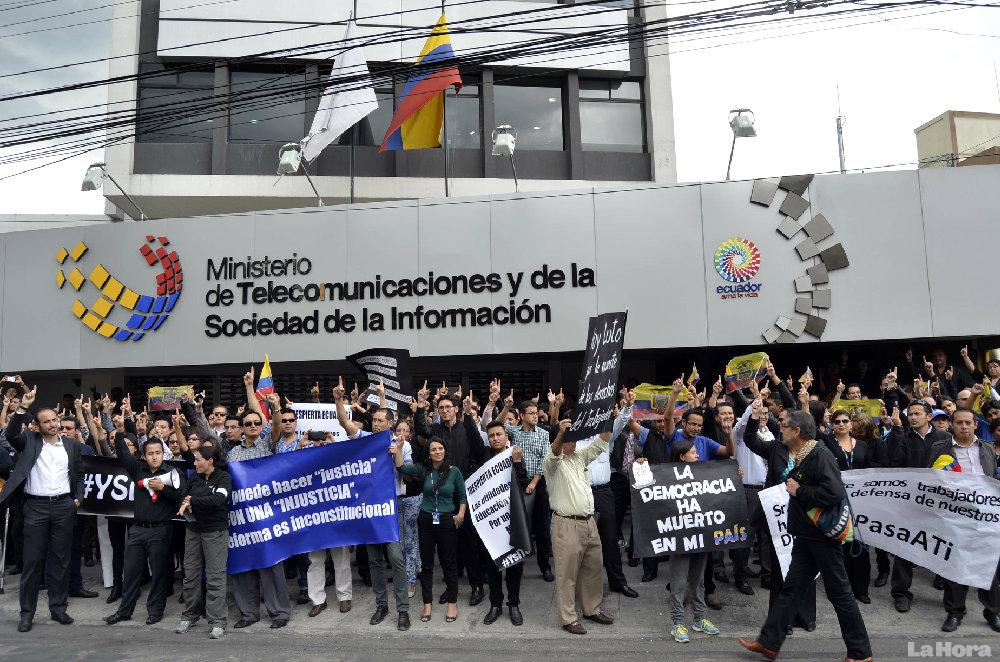 About 400 employees of the telephone companies, Claro and Movistar, marched on Wednesday September 17 from the offices of Telefónica Movistar, to the Ministry of Telecommunications at 13:00.

Private employees showed posters and slogans such as: “It’s just air, spectrum without work,” while they went to the offices of State Entity. The two representatives of the private operators met with Augusto Espín, the new Minister of Telecommunications, who was appointed on Monday,September 15, by Executive Order.

Juan Carlos Oleas, Movistar workers representative, noted that “they decided to march to the Ministry of Telecommunications to be heard, taking advantage of the political situation.” He said they delivered a formal letter with their arguments on the Reformatory Project to the Telecommunications Law, which provides the reduction of their profits .

On the other hand, Cristian Realpe, representative employee from Claro, asserted that they are together with labor unions and other groups that just like them went ​​on march, but want to emphasize that “we are workers and is not a political issue.”