Tension and insecurity increases in Libya 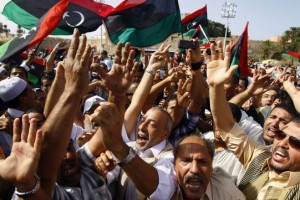 The attacks perpetrated this weekend by military coup participants and armed militias against Benghazi, Libya’s second city and the headquarters of the Libyan Parliament in Tripoli, have increased the political bewilderment and insecurity in the country.

The latest casualties occurred this Sunday in clashes in Tripoli, as reported by the Justice Minister Saleh al-Mergani, who has called to the parties to lay down their arms and engage in dialogue.

The clashes, which began on Friday, have caused so far 72 dead and 208 injured.

Furthermore, a militia of the Libyan city of Zintan (southwest of the capital), has taken control of the parliament building after some armed clashes with security forces that protect the building.

Likewise, the alleged Al Qaqaa militia have burned several vehicles and have retreated towards the international airport, according informs by security sources to EFE.