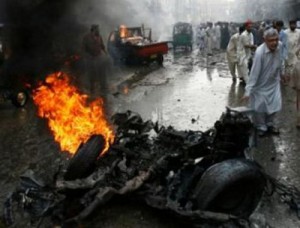 In Urumqi, capital of the restive Xinjiang region (northwestern China), there was an attack that left dead and injured. The state news agency Xinhua reported that the exact numbers are still unknown.

Two all-terrain vehicles ran over people in a market near a park.

Explosives were thrown from the cars and later one of the vehicles exploded. Vegetables stalls were overturned by the force of the explosion.

This is not the only attack that has been recently registered. In April, at a railway station in Urumqi there was an attack with knives and bombs in which three people were killed and 79 were injured.

The authorities blame of terrorism the Uighur separatists of the region.