This Monday, Thailand’s military board, formed after the coup of last Thursday, has freed former Prime Minister Yingluck Shinawatra, held since last Friday along with several other political leaders.

Yingluck was convened to declare to an Army club last Friday and then transferred to a military base by the officers. The military board called a total of 150 politicians.

In an interview with The Nation journal, Winthai Suwaree Army spokesman, said that all detainees are being treated well and that several of them have already been released. “They are not being held in chains neither being tortured. We are treating everyone with honor (…) We have informed them on the need to cooperate in order to help solve the country’s problems,” he said. 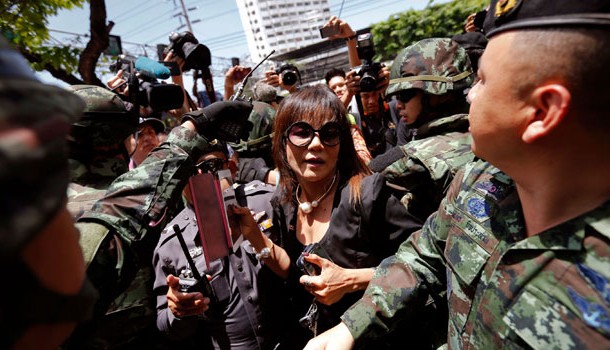