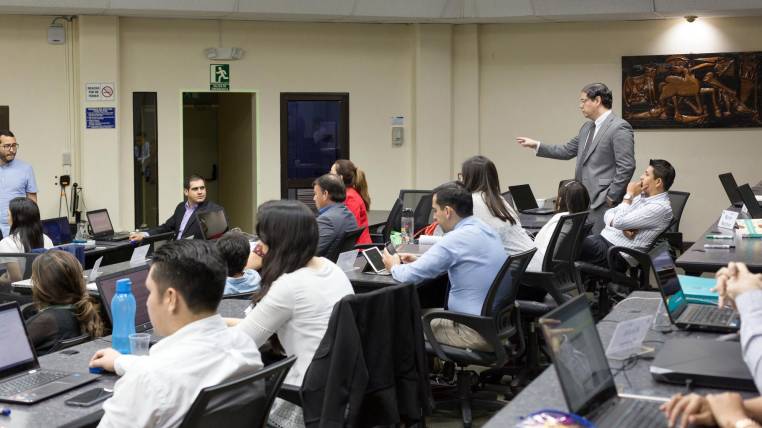 Ecuador is in the ranking of the best business schools in Latin America. The good news is not only important for the academy, but for the country itself, because companies have the challenge of being more competitive. Hence the growing tendency to recruit top executives.

And the advantage is that the country’s business schools have strived to be the best and that’s why five of them are in the Latin American ranking. At the head in Ecuador is Espae Graduate School of Management-Espol. This entity at the regional level ranks 16th in the MBA ranking of América Economía magazine. At the local level, ESAI Business School-UEES, San Francisco University of Quito, University of the Americas and the Catholic University of Guayaquil.

Virginia Lasio, dean of Espae, said that they maintain and reinforce the performance in the quality of the teaching staff, academic strength and production of knowledge, with impact not only in the academic field, but also relevant for society in general and the business community in particular. “And although it is not seen directly in the ranking indicators, pedagogical innovations, projects of strategic linkage with the city, contributions to the entrepreneurial ecosystem with the Red Angeles EC, focus on sustainability, for example, contribute to our positioning”.

A vision maintained by the other schools in the country. Alejandro Ribadeneira, general director of IDE Business School of the University of Los Hemisferios, told Diario EXPRESO that Ecuador’s main needs in terms of the professionals’ capacities are that they can make sound decisions to generate a true transformation of the economic system of the country, that have a business orientation and that is beyond.

It is no less important that they are capable of making decisions of a global nature. Thus, the projection of small, medium and large business will not be limited to the borders of Ecuador. And given the country’s situation, it must know how to manage the risk, the constant change of the environment, in addition to being innovative in its approaches and solutions.

From the point of view of Alberto Dahik, director of the Center for Economic and Social Studies for Development of the UEES, the advance of economies, innovations, and development are intimately tied to the capacity to undertake. Additionally, these ventures, embodied in business realities, increasingly require efficient and professional administrations, in a highly competitive and globalized world. Business schools do both, he said.

In ranking and visualizing only Ecuador, the city that bears the flag in having the best business schools is Guayaquil. Three of the country’s five are located in the Main Port, with Espae at the head.

In Chile, the best business school in Latin America is located. It is the Adolfo Ibáñez University, which is in Santiago. This entity obtained a score of 95.2. In second place is Egade Business School in DF, Monterrey and Guadalajara.

In the capital of Ecuador, the IDE Business School of the University of Los Hemisferios this Tuesday May 29 will celebrate its 25th anniversary. There have passed more than 25,000 executives and about 1,600 masters. (I)